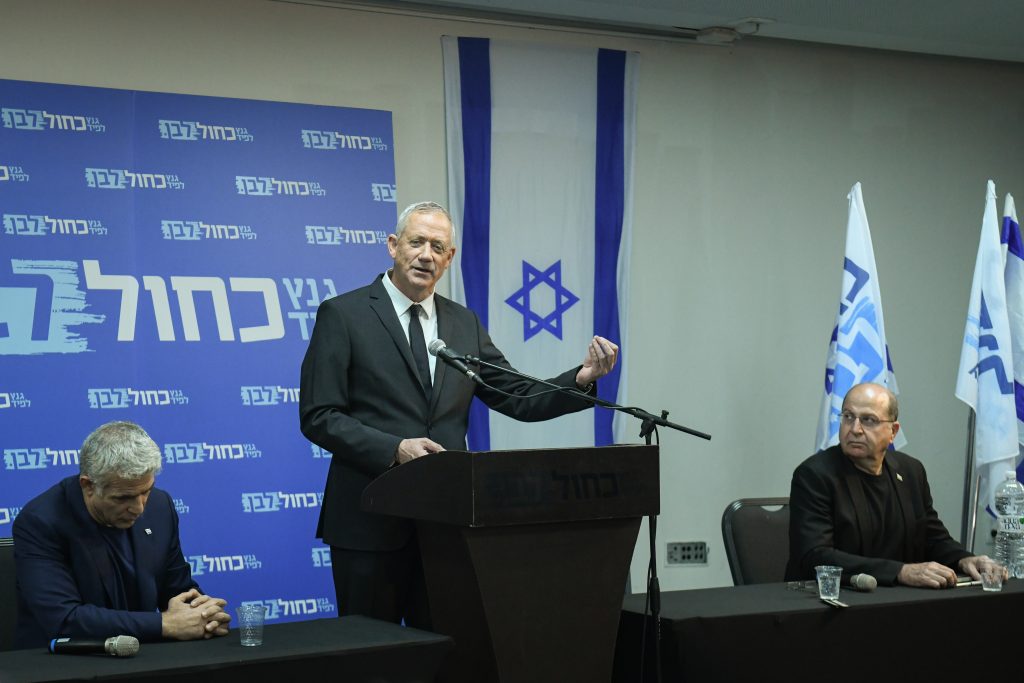 A full day after almost all the votes were counted, Blue and White Party Chairman Benny Gantz gave his concession speech on Wednesday night, accusing Israeli Prime Minister Binyamin Netanyahu of appealing to extremists, but saying he would respect the decision of the voters.

“Netanyahu gathered all of the extremists and cannibalized his partners,” Gantz said, while praising the accomplishments of his own party:

“The result is quite unprecedented and indicates the level of expectation (for an alternative) … Our party consists of right, left, religious and secular. In 70 days we managed to achieve the same amount of Knesset seats as a party which exists since the 1970s,” he said, referring to the Likud.

Gantz’s No. 2, Yair Lapid, added that “we have not won this round, I respect the will of the voters. But I see the ultimate victory…in the next round. I see more than a million voters and a determined group.”

There was a sign, however, that Gantz hasn’t given up entirely his hopes of leading the next government, saying that Blue and White was in “advanced talks” with other parties, but without giving details.

He indicated that he didn’t expect the government to last, and that “the 2020 campaign began today.”

Ganz and Lapid will meet with the 35 members of Blue and White who were elected to the Knesset. the meeting will be closed to the media.