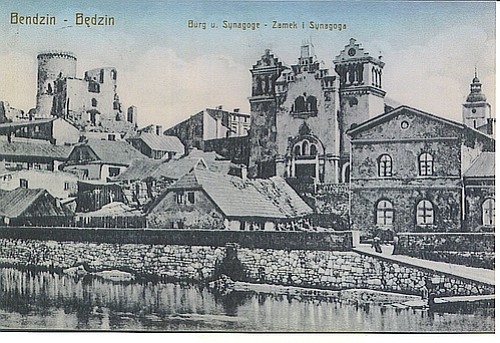 When my grandfather would come to Shefoch Chamascha, his eyes would cloud with tears of joy and praise to the One Who took him out of the Mitzrayim of his time, Nazi-occupied Europe. Here, we open the door, he said, but there, it was closed and locked to us for five years. And still, we continued to believe.

Every word in the Haggadah, every custom at the Seder, every song on the Yom Tov — reminded him of a glorious past — one that has been erased and is no longer. He sat at the head of the table, his noble eyes emanating light and purity, but his heart was with his friends in the Keltendorf camp in Germany.

It was Nisan 5704. Starving, stomachs distended, a group of Chassidim gathered, wondering how they would endure seven days of Pesach without eating chametz. Who was even thinking about chametz? Each day they received a paltry slice of partially baked bread and a plate of water mixed with soup fat. Should they give it up? Were they allowed, at such a time, to turn away the only sustenance that was still given to them?

The group was led by the Chassid Rabbi Ephraim Londoner, z”l, one of the lions of the Gerrer chaburah in the city of Bendin. On one side of him was Rabbi Yehoshua Weitzenblum, z”l, who later became the gabbai of the Shefa Chaim of Sanz, zy”a, and on the other side was my grandfather, Rabbi Dovid Greenbaum, z”l, one of the survivors of Yeshivah Kesser Torah of Radomsk.

Each one of them had left a large family behind. Now they were alone. No relatives, no saviors. On their right and left, people were falling apart. There were those who stopped believing a moment before they stopped breathing. But the members of this chaburah were persistent; they cleaved on, resolute.

“The Chassidim argued amongst themselves what would be on Pesach,” my grandfather related as he distributed the matzah in his home in Boro Park. “What is more important to keep: the mitzvah of ‘es Chag Hamatzos tishmor’ or the mitzvah of ‘venishmartem me’od lenafshoseichem’?”

I looked at him in surprise. In such a situation, pikuach nefesh pushes away everything else. Who would even fathom keeping Pesach with all its halachos in the heart of the inferno? “You are right, my son,” my grandfather smiled at me. “The feeling was: If we have to leave the world, should we not do it as pious, kosher Jews? Shouldn’t we grab for ourselves another Pesach, another mitzvah?!”

I look at my grandfather, his simplicity and the pleasant way he said every word, and realized that I will never be able to figure out how these people thought at that time, declaring war on the Satan and his temptations. They mocked the yetzer hara that tried to trip them up and lure them to abandon their pure, clear religion even a little bit. They stuck their tongues out at the Angel of Death who was running rampant, and threatened to destroy them.

Ultimately, the chaburah made a firm decision: They would keep the mitzvah of “tashbisu” no matter what. They would not let the bread sully their souls on their fifth Pesach in the shadow of death. With unbelievable mesirus nefesh, they gave up their meager bread ration and kept the mitzvah of the Torah in holiness and with strength. “The three of us survived the war,” Rabbi Ephraim Londoner once told me as if relating a deep secret.

Thus, with every detail of the Seder night, my grandfather went back to those days. At the maror, he would sigh and relate that on their way to the harsh labor while in the camps, they would pass by empty, green fields, and they would quietly sneak into the wild bushes and look for something with which to wet their lips. Once, the survivors dug with their fingernails and found stalks of horseradish — a bitter allusion to their already dismal situation.

At Tzafun he would say: “During all those years, we knew and believed, waited and hoped, for the moment that Hakadosh Baruch Hu Himself would come — not with an emissary — to redeem us. The big difficulty was to go back to being a good Jew as before. There are no words in my mouth to thank Hashem for giving me the privilege to hold on to my faith until the end, because the test of remaining a yerei Shamayim after the war was seven times as hard as it was during the war.”