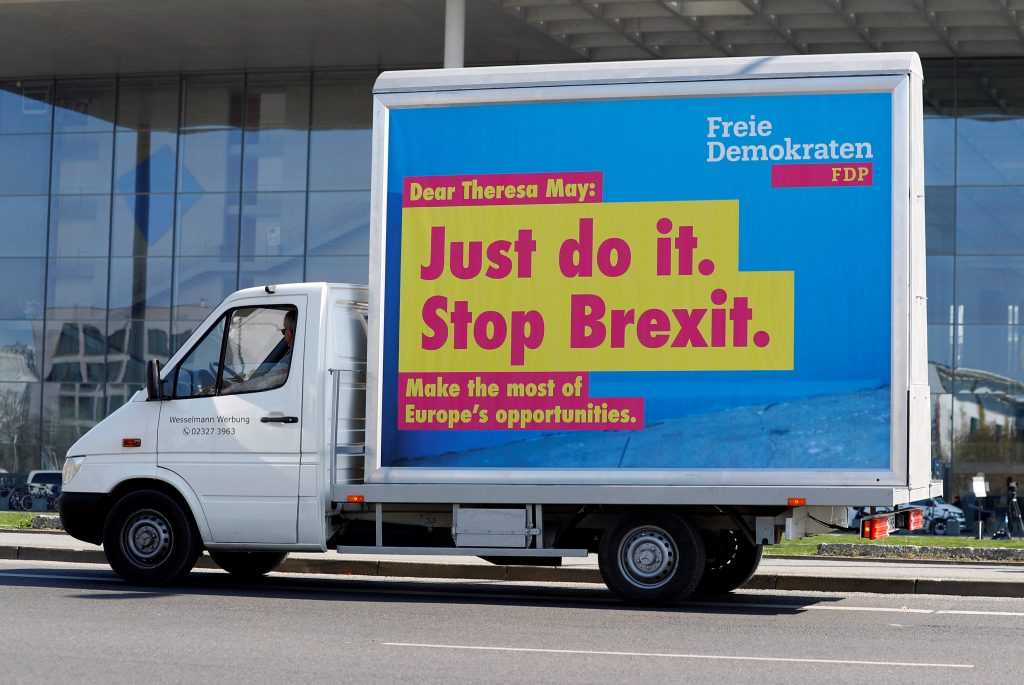 British Prime Minister Theresa May outlined to German Chancellor Angela Merkel the steps she was taking to bring “the Brexit process to a successful conclusion,” a spokeswoman said on Tuesday.

May, in Germany as part of her charm offensive to secure a Brexit delay at an EU summit on Wednesday, “updated Chancellor Merkel on the ongoing discussions with the opposition Labour Party,” the spokeswoman said in a statement.

“Ahead of EU Council tomorrow, the leaders discussed the U.K.’s request for an extension of Article 50 to June 30 with the option to bring this forward if a deal is ratified earlier.”