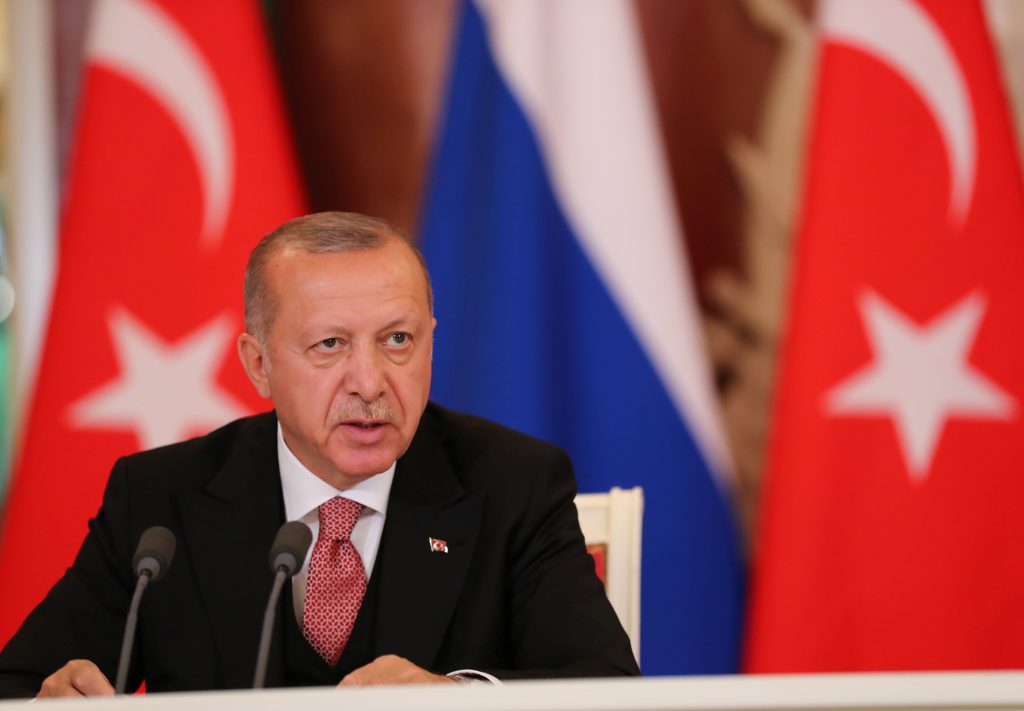 Turkey‘s High Election Board has rejected a request by President Tayyip Erdogan’s AK Party to recount all votes in 31 Istanbul districts, a Board member said on Tuesday, but the party vowed to challenge the decision.

Erdogan said on Monday the local elections were marred by “organized crime” at ballot boxes in Istanbul, raising the possibility of rerunning a March 31 vote in the city that handed a slim majority to the main opposition party.

Erdogan’s comments, his strongest challenge yet to the election process in Turkey‘s largest city, briefly drove the lira down and also weighed on Turkish stocks. After the latest decision, the lira firmed to 5.6500 to the dollar.

The AKP’s High Election Board (YSK) representative Recep Ozel told reporters the Board had only agreed to a recount of 51 ballot boxes, spread across 21 of the city’s total 39 districts. A total of 350 voters are assigned to each ballot box.

“It is unfathomable that such a decision should be made when there are so many irregularities. We will go once more to the YSK using the method of an extraordinary challenge,” he wrote on Twitter.

The AK Party had also called for the annulment of the election in Istanbul’s Buyukcekmece district, but the Board has not yet ruled on that request, Ozel said. Recounts were ongoing in the city’s remaining districts.

Police in Istanbul were conducting checks on Tuesday morning on whether some voters registered at addresses in Buyukcekmece were actually resident there, a police spokesman said. He said there was no criminal investigation.

To justify its call for the election to be annulled in the district, the AK Party has said 11,186 people were improperly registered to vote in Buyukcekmece.

Erdogan’s AK Party has already lost the mayoralty in the capital Ankara to the main opposition Republican People’s Party (CHP), and has appealed several stages of the count in Istanbul, which showed a narrow CHP victory.

The Islamist-rooted AKP is reeling from the potential loss of both cities, which the party and its predecessors have governed for a quarter of a century. Erdogan himself rose to prominence as Istanbul mayor in the 1990s before emerging as national leader.

Erdogan said the scale of electoral irregularities his party had uncovered meant the margin of votes between Istanbul’s top two candidates, currently at less than 15,000 in a city of 10 million voters, was too narrow for the opposition to claim victory.

The AKP had also sought recounts across Ankara, where initial results showed CHP candidate Mansur Yavas winning by four percentage points. But the YSK upheld the result and on Monday Yavas formally received his mandate as new mayor.