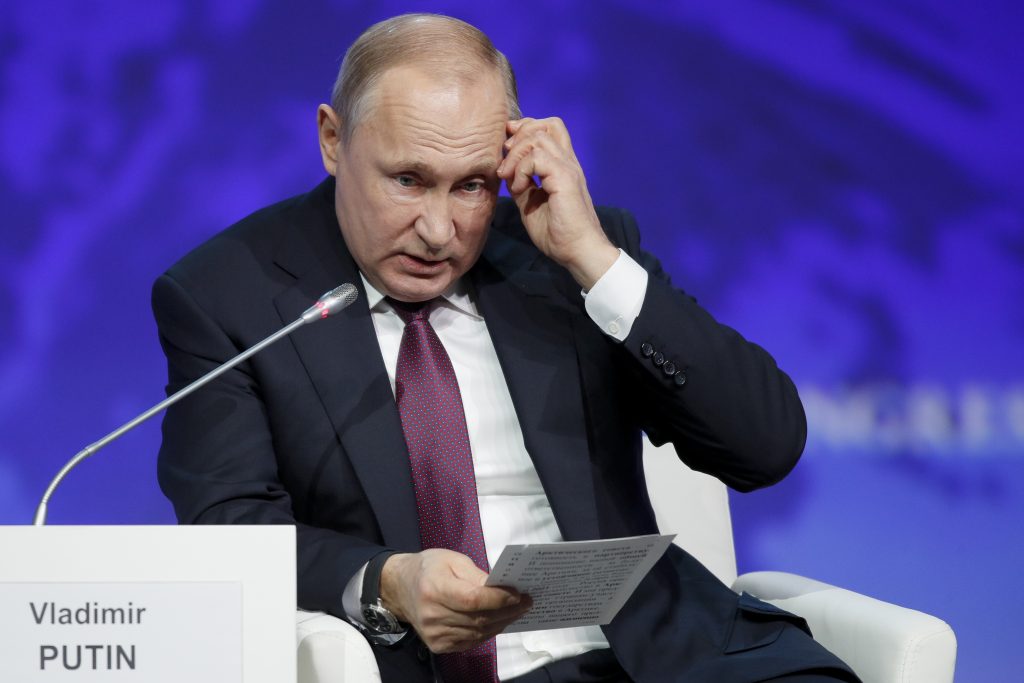 In his first comments since Mueller finished his probe, Putin sought to cast the 22-month investigation as a failure and disregarded the special counsel’s exposure of a Russian operation to put Donald Trump in the White House.

“It was clear for us from the start that it would end like this,” the Russian leader said as the Trump administration and Congress sparred over making Mueller’s still-confidential investigation report public.

Attorney General William Barr wrote in a summary of Mueller’s report that the special counsel found no evidence the Trump campaign “conspired or coordinated” with the Russian government to influence the election.

However, Mueller uncovered evidence of a Kremlin operation to interfere with the 2016 vote. He charged 12 Russian military intelligence officers with breaking into Democratic Party computers and the email accounts of officials with Hillary Clinton’s campaign.

Another indictment detailed Russia’s use of phony social media accounts to spread divisive rhetoric and to undermine the U.S. political system.

Putin on Tuesday nevertheless repeated Moscow’s across-the-board disavowals of election meddling, with or without participation from the Trump campaign. He also reiterated that the Russian government had no contact with Trump when he visited Moscow as a businessman.

“We have been saying from the start that this notorious commission led by Mr. Mueller won’t find anything, because no one knows better than us: Russia has not meddled in any U.S. election,” Putin said while attending an Arctic forum in St. Petersburg.

The Russian leader described allegations of collusion between Trump’s camp and Russia as “sheer nonsense aimed at a domestic audience and used for domestic political infighting in the United States.”

The Russian leader added that despite differences, Moscow and Washington have found some common ground on the conflict in Syria. Putin said he hoped the United States and Russia could focus on more areas of mutual interest, such as nuclear arms control, fighting terrorism and climate change.