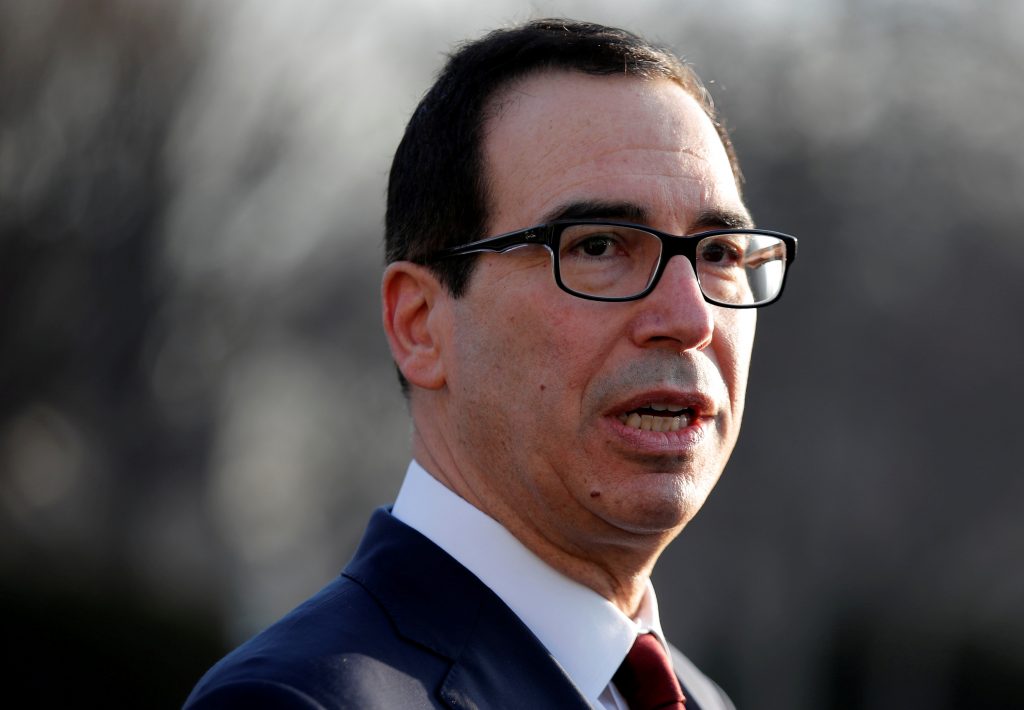 Democrats are pursuing Trump’s returns under a legal authority that aims to prevent interference from the White House on the Treasury’s decision whether to release the tax returns.

“I believe that was purely informational,” he said of those discussions. “We had obviously read in the press that we were expecting this. I personally wasn’t involved in those conversations.”

Mnuchin said that the Treasury would “follow the law” regarding Neal’s request for Trump’s tax returns, adding that this was being reviewed by the Treasury’s legal department.

On Sunday, White House Chief of Staff Mick Mulvaney said Trump’s tax returns will never be handed over to Democratic lawmakers, in defiance of an effort in Congress to learn more about the former real estate mogul’s personal finances.

Asked on Fox News if congressional Democrats will succeed in obtaining the Republican president’s tax returns, Mulvaney said: “No, never. Nor should they.”

An attorney for Trump on Friday blasted the request from Democrats as “a misguided attempt” to politicize the tax laws, accusing lawmakers of harassment and interference in IRS audits.

Representative Mike Quigley of Illinois, the Democrat who chairs the House Appropriations Subcommittee on Financial Services and General Government, pressed Mnuchin for more detail about the contact between Treasury and White House lawyers.

“I think this committee would like to know if in those communications, the White House had expressed their desire to you or anybody else at Treasury what their views (are) or how you should act on this matter,” Quigley said. “So if you would pass that on it would be greatly appreciated.”

Democrats are relying on a provision in the Internal Revenue Service code enacted in 1924 after the Teapot Dome oil leases scandal rocked the Warren Harding administration. They say it requires the Treasury secretary to turn over any tax returns to the chairmen of the congressional tax committees who request them for investigative purposes.

But if Congress takes the administration to court over Trump’s taxes, little case law would be available to help guide judges, legal experts say. That is both because the statute cited by Neal to obtain the returns has hardly ever been contested, and because most document disputes between the legislative and executive branches of government are resolved by negotiation.