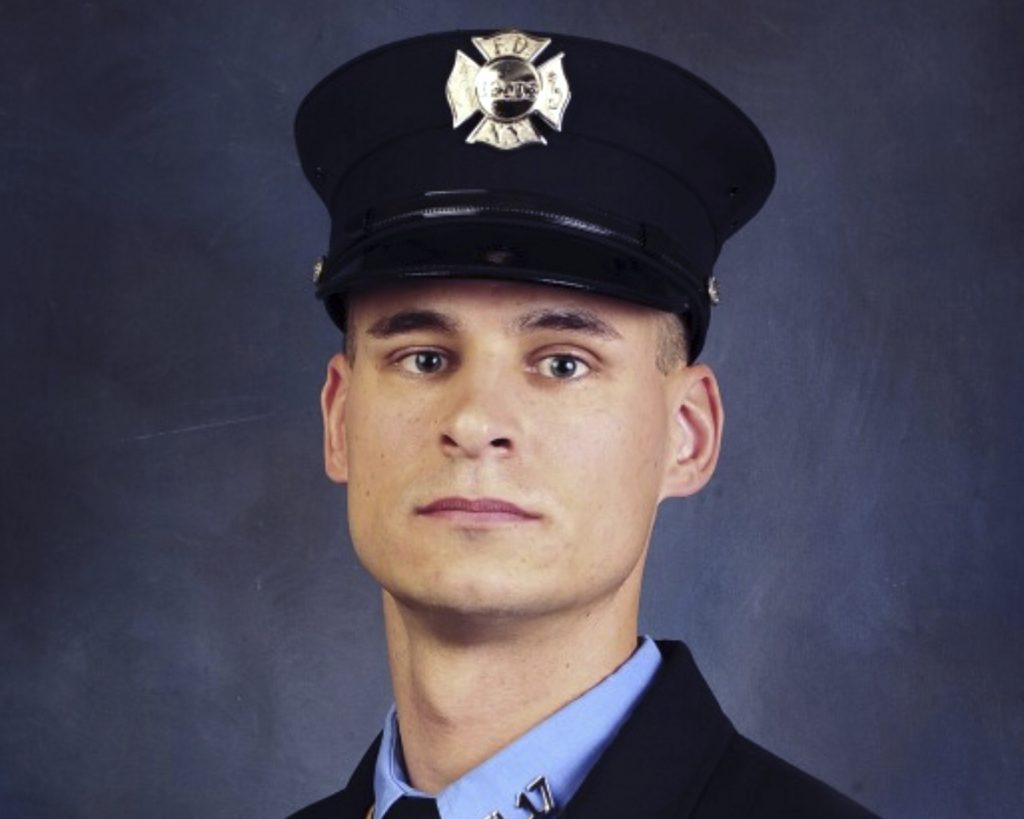 A U.S. Marine killed this week in Afghanistan was honored five years ago for rescuing a woman from a burning high-rise while serving with the Fire Department of New York, the city’s mayor and fire commissioner said on Tuesday.

Christopher Slutman, a 15-year FDNY member, was among three American service members killed by a roadside bomb Monday. He leaves behind his wife, Shannon, and three daughters.

“Firefighter Slutman bravely wore two uniforms and committed his life to public service both as a New York City firefighter and as a member of the United States Marine Corps,” Fire Commissioner Daniel Nigro said in a written statement.

“The decorated 15-year-veteran of the department is truly one of New York City’s Bravest – running into danger to protect and defend others, both in New York City and in combat overseas,” Mayor Bill de Blasio wrote.

“Christopher was a distinguished firefighter who had a profound impact on both of his firehouses, Ladder Companies 27 and 17,” wrote Gerard Fitzgerald, president of the FDNY-UFA Firefighters Association. “Together, all firefighters grieve the loss of our brother, Christopher, who dedicated his life to protecting the people of this city and our nation.”

In 2014, Slutman received a medal for pulling an unconscious woman from a high-rise apartment fire in the Bronx.

Slutman and fellow firefighters “forced open the door to the fire apartment and were met with a high heat condition and dense, black smoke, from floor to ceiling,” the department said when his medal was awarded. They crawled along the apartment floor, and Slutman found the woman in a bedroom. He and another firefighter “dragged the woman past the fire” to emergency medical workers.

Slutman saved the woman “at peril to himself,” a battalion chief wrote in endorsing his honor.

Slutman was the fourth FDNY member to die while serving in Iraq or Afghanistan since 2003, the city said.

He also is being remembered in Maryland, where he had served with the Kentland Volunteer Fire Department.

“Through this trying time, we will remember Chris for the father, husband, brother, son and friend that he was, the moral character he displayed daily, and the courage and conviction to serve his fellow Americans, both at home and abroad,” Chief Oleg Pelekhaty wrote on social media. “We ask for your thoughts and prayers for his firehouse brothers, his fellow Marines, his friends – but most of all, his family.”