Israel Get Out of the Water and Save Me, Netanyahu Tells Election Day Beach-Goers
Israel 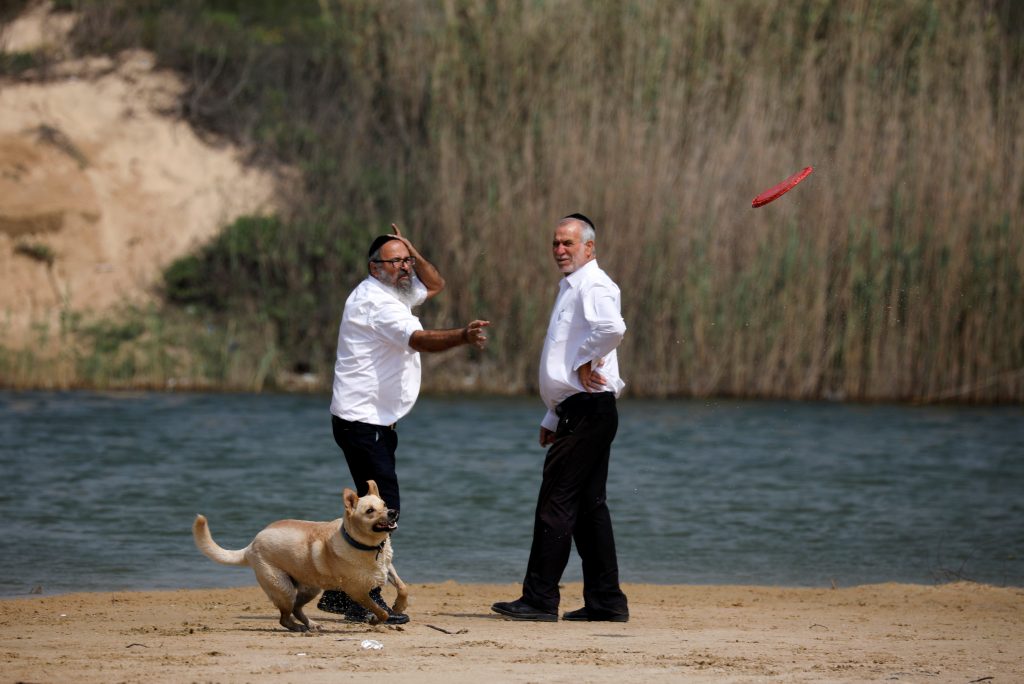 Get out of the water and vote for me, Israeli Prime Minister Binyamin Netanyahu urged beach-goers during an election day visit to the Mediterranean seashore on Tuesday.

Wearing a sport jacket over an open-neck shirt and surrounded by bodyguards in suits and ties, Netanyahu went to Poleg beach, north of Tel Aviv, and posted a video of the appeal on his Twitter page.

“If you want to continue with the Likud and me, then you have to go vote,” he said, referring to the right-wing party that he leads. “Go to the beach later.”

Otherwise, Netanyahu said, those enjoying a day at the beach would “wake up tomorrow morning” and find a left-wing prime minister had replaced him.

Election day is an official holiday in Israel, with schools and offices closed. It was also warm and sunny, and with polling stations open until 10 p.m., voters had plenty of time for recreation.

Turnout has been weak despite an intense campaign. As of 4 p.m. Israel time, 42.8 percent of eligible Israeli voters had exercised their right to vote, 2.6 percent less than in the 2015 elections when 45.4 percent did so at the same time of day, the Central Elections Committee announced.&

However, with party heads urging people to the polls, an evening surge could in the end result in an above-average turnout.

Benny Gantz, the main challenger to Netanyahu, cast his ballot, calling for a “new dawn” for the country.

Gantz voted early on Tuesday in his hometown of Rosh Haayin in central Israel alongside his wife, Revital. He called on all Israelis to get out and vote, saying they should “take responsibility” for their democracy.

He said that voting will “let us all wake up for a new dawn, a new history.”

But the statistic may not be a prediction of the overall turnout as polling stations close at 10 p.m. on Tuesday and many anticipate a last-minute surge of voters heading to the polling stations.