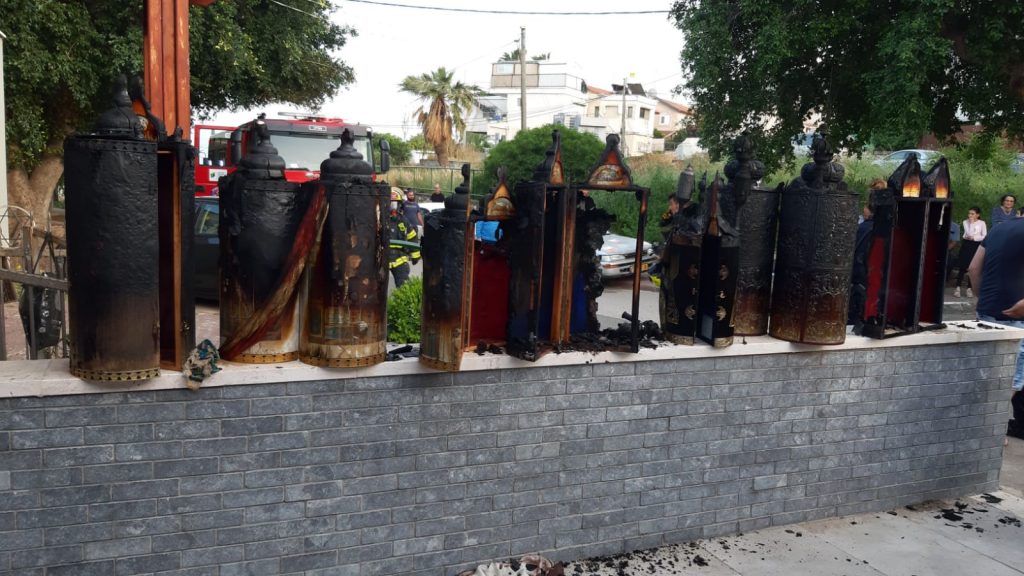 A spokesman for Firefighters and Hatzolah of the Northern District reported a short while ago about a fire which destroyed a portion of the Beis Knesses Mishkan Shalom in Teveria. Four companies of firefighters were dispatched by the Fire Chief Moshe Azulai. The Firefighters are working on extinguishing the blaze, which charred the area of the Aron Kodesh. A number of sifrei Torah were damaged in the fire.