Israel Final Frenzy to Get Out the Vote
Israel 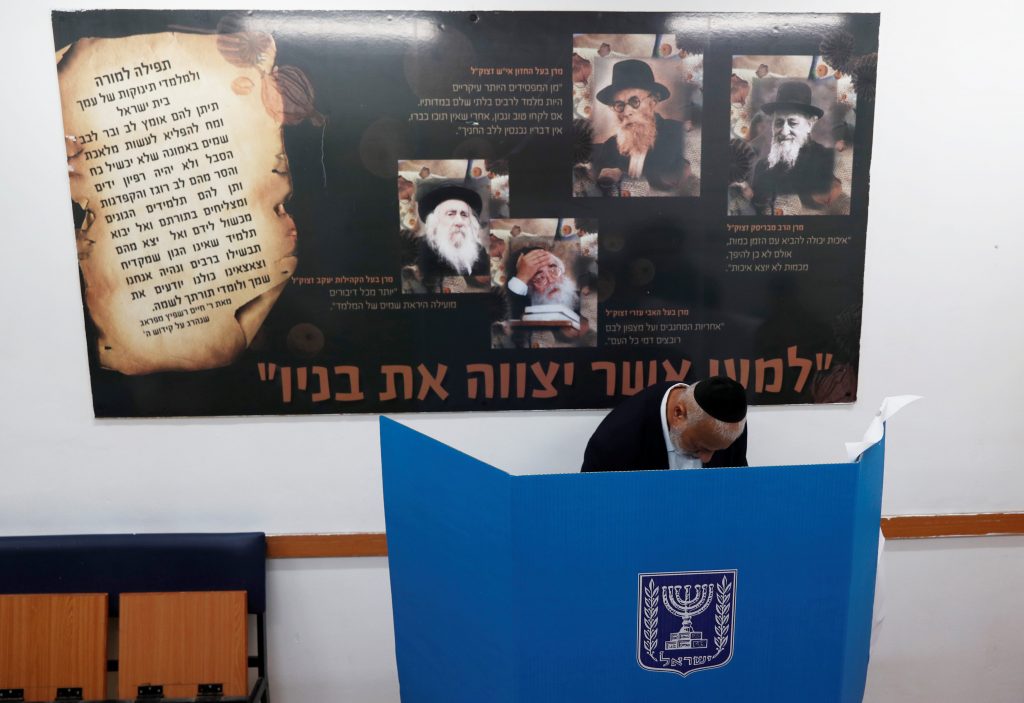 Hysteria-real or fabricated-was the dominant note late Tuesday as a low voter turnout prompted appeals from parties across the political spectrum to constituents to get out and vote.

The Likud and Blue and White both announced “emergency meetings” in response to the situation, while United Torah Judaism, Labor, the Union of Right-Wing Party and the Arab parties were warning of collapse, catastrophe and doom if turnout (for them) didn’t improve by 10 p.m. when the polls would close.

How much was genuine anxiety, and how much was contrived, to boost the margin of victory or the number of seats in the Knesset was anybody’s guess. Calls for a strong voter turnout to prevent opponents from taking power were increasingly shrill in the days leading up to the election.

Blue and White’s No. 2, Yair Lapid, urged supporters not to be complacent. “These are the last hours of the campaign. Do not believe any word that Netanyahu is now saying. The battle is close. If you do not get everyone out of the house now and send them to the ballot box, we will not win the elections.”

Concern among chareidi leaders was evident as well. “It’s clear that voter turnout among the chareidi community is low,” said UTJ lawmaker Rabbi Moshe Gafni. “That’s disastrous when it comes to elections. Half the public hasn’t gone to vote, and it’s already getting late. That’s a terrible situation for us.”

Rabbi Rafi Peretz, head of the Union of Right-Wing Parties, warned, “Internal polls we have show we’re in a bad situation. Religious Zionist could be erased from the political map.”

Local council heads in Yehudah and Shomron were also worried that a change in government could spell bad times for the region.

Yigal Dimoni, director general of the Yesha Council, told Arutz Sheva, “As of 4 PM, the percentage of voting in the settlements is relatively low compared to previous elections.

“Some of the mayors go to a house to call the residents to vote. We are in the last few hours. It’s not [only] a right but a duty of every resident to look after the future,” he added.

The Arab parties have been especially fearful of an election day wipeout.

As of late afternoon, only 20 percent of Arabs had cast their ballots.

The split of United Arab List into Hadash-Ta’al and the United Arab List-Balad was said to be causing disaffection. There has been talk of a boycott to “punish” the politicians.

Israeli Prime Minister Binyamin Netanyahu drew sharp responses from Arab leaders who objected to his warnings that Blue and White hopes to ride to a coalition on the support of Arab parties, suggesting that that would not be legitimate.

Hadash-Ta’al party leader Ayman Odeh said on Tuesday that a poor turnout in the Arab sector could result in a “Knesset without Arab representation.”

“We’re moving forward with all our strength, going home to home and calling on people to go out and vote. Our nightmare, which is Prime Minister [Netanyahu’s] fantasy — a Knesset without Arab representation — suddenly looks like a realistic possibility,” Odeh said in a statement.