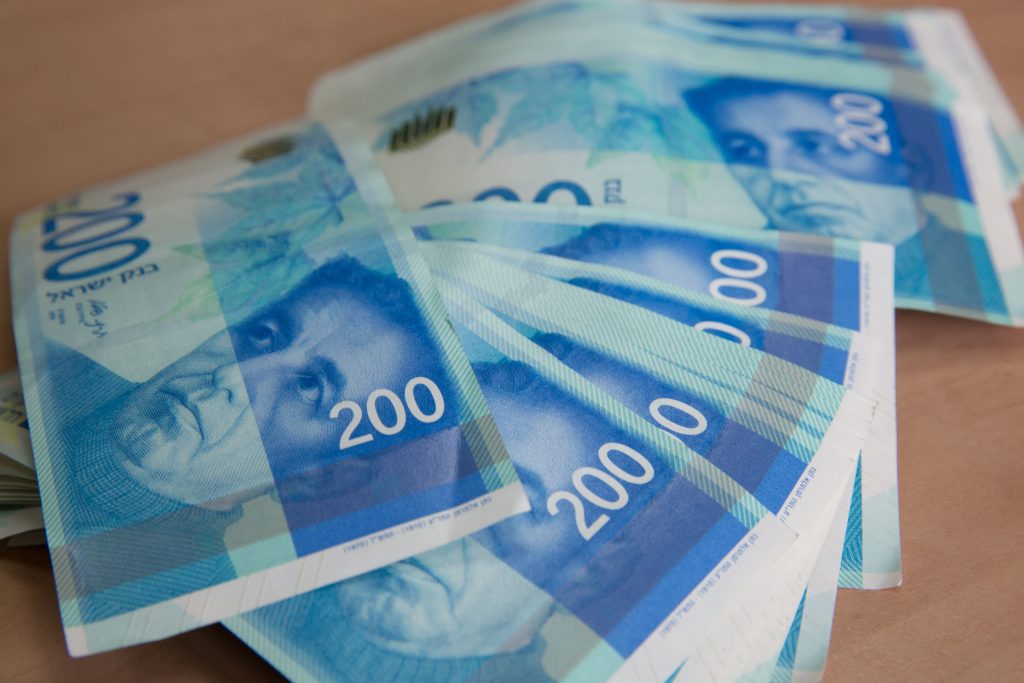 Wage earners in Israel are doing better in 2019 than they did a year earlier. The average salary in the Israeli economy for workers was NIS 10,538 in January 2019, the Central Bureau of Statistics announced. That figure was 3.4 higher than in January 2018, although it was 2.5 lower than in December 2018, the CBS said.

About one-third of Israelis worked in industries in January 2019 in which salaries were higher than the average wage; the rest worked in industries where salaries were below average. The best-paid workers were in the computer and communications industries, where average monthly salaries were NIS 23,117. That was followed by workers in the electricity and energy sectors, where salaries averaged NIS 18,421 per monthly, and finance industry workers, who earned an average of NIS 18,224 a month. Food service workers earned the least, at NIS 5,146 a month.

Despite ups and downs and seasonal changes, salaries have risen significantly over the past five years, the numbers showed, as have the number of jobs available. In 2012 there were 3.1 million salaried workers in Israel, and by the end of 2018, that figure had risen to approximately 3.65 million, the CBS report said.