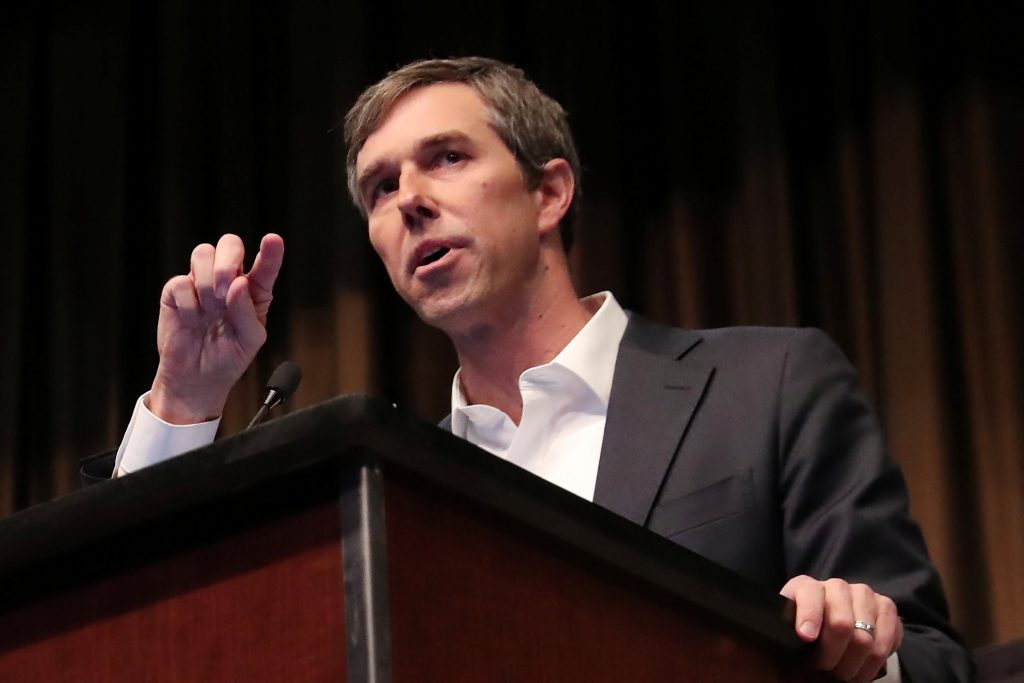 Democratic presidential hopeful Beto O’Rourke on Sunday described Israeli Prime Minister Benjamin Netanyahu as a “racist” whose outreach to far-right interests as he seeks to hang onto political power has seriously damaged the chances of peace in the Middle East.

Speaking at a town hall at the University of Iowa, the former Texas congressman denounced Netanyahu’s pledge Saturday that he would annex Israeli settlements in Yehudah and Shomron if he wins another term in Tuesday’s Israeli general election. Netanyahu’s proposed annexation, O’Rourke said, “will make peace in the long term impossible.”

In response to a voter’s question about his policy toward Israel and Palestinian rights, O’Rourke reiterated his support for a two-state solution and accused Netanyahu of having “joined forces with far-right parties who are inherently racist in their speech and the way that they want to treat their fellow human beings in that part of the world.”

He then went further, telling reporters in a gaggle afterward that Netanyahu is a “racist.”

“The U.S.-Israel relationship is one of the most important relationships that we have on the planet, and that relationship, if it is to be successful, must transcend partisanship in the United States, and it must be able to transcend a prime minister who is racist as he warns about Arabs coming to the polls, who wants to defy any prospect for peace as he threatens to annex the West Bank and who has sided with a far-right racist party in order to maintain his hold on power,” O’Rourke said.

His comments came one day after President Donald Trump played up his pro-Israel agenda in a speech before an influential conservative Jewish group. Speaking to the Republican Jewish Coalition in Las Vegas, Trump accused Democrats of “advancing by far the most extreme, anti-Semitic agenda in history.”

“The Democrats’ radical agenda very well could leave Israel out there all by yourselves,” Trump declared.

As he seeks to become Israel’s longest-serving prime minister, Netanyahu has played up his ties to Trump, who has all but formally endorsed the Israeli leader ahead of Tuesday’s election. On Saturday, Trump told the Las Vegas audience that he had stood with “your prime minister.”

Explaining his approach toward a two-state solution to voters on Sunday, O’Rourke acknowledged that the United States was working with imperfect partners. He criticized Palestinian Authority President Mahmoud Abbas as someone who “has also not been faithful in pursuing peace,” pointing to inflammatory rhetoric and his “inability to bring his side to the table to negotiate in good faith.”

O’Rourke also took a swipe at the Trump administration for its role in the peace process.

“If we truly care about the safety and the human dignity of every person in that region, Israeli or Palestinian, then we have to have a two-state solution. But that opportunity is quickly fading in the face of our inaction and some of what this administration has done to exacerbate some of the preexisting condition.”