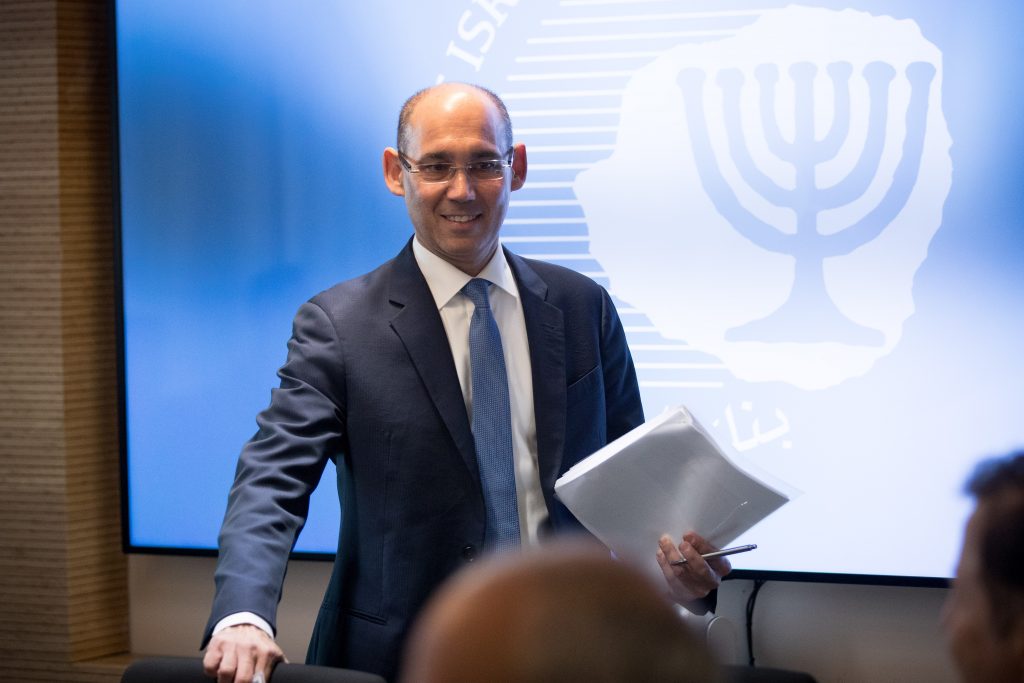 The Bank of Israel kept its benchmark interest rate at 0.25 percent for a third consecutive time on Monday.

With inflation steady at just above a 1 percent rate, all 13 economists polled by Reuters said forecast rates would be left unchanged again. A surprise hike in November was followed by no change in January and February, under the direction of BoI governor Prof. Amir Yaron.

Inflation stood at a 1.2 percent annual rate in February, towards the bottom of the government’s 1-3 percent target range, and the central bank aims for a rate closer to 2 percent.

The Bank also cut its 2019 growth forecast from 3.4 percent to 3.2 percent and foresees growth of 3.5 percent next year.

The number of planned rate hikes in 2020 are to be reduced from three to two, so that by the end of 2020 the interest rate will be 1 percent instead of 1.25 percent, as previously planned.

On the economy, the Bank said, “In the fourth quarter of 2018, the economy grew at a rate in line with the long-term pace, and indicators of activity support the assessment that the economy continued to grow at a solid pace in the first quarter as well. Labor market data show that it remains tight: the unemployment rate declined slightly, the employment rate stabilized at a record high level and the increase in wages continues. However, several indicators point to a possible moderation in the labor market.

The report noted an increase in the value of the shekel: “Since the last interest rate decision, the shekel strengthened by 1.2 percent in terms of the nominal effective exchange rate. If the appreciation continues, it could delay the inflation rate’s rise toward the midpoint of the target.”