Israel Gantz: ‘No One’ Will Prevent Me From Becoming Prime Minister
Israel 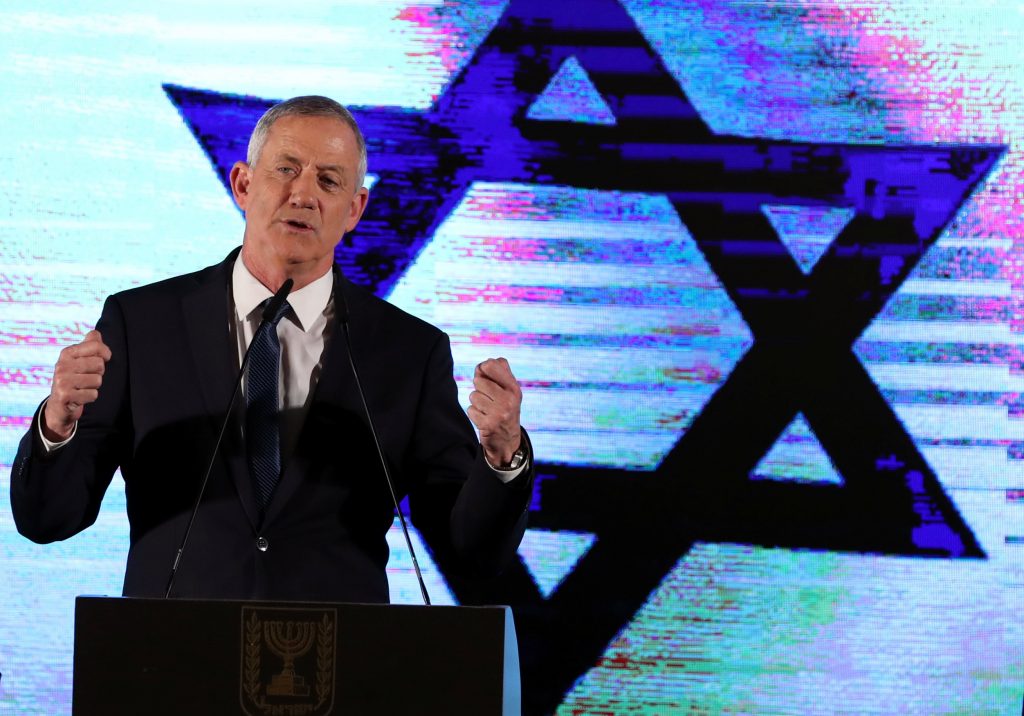 Blue and White party head Benny Gantz is quite sure he will be prime minister – and that “no one, not the public, the politicians or anyone else, will stop us,” he said in an interview with Army Radio on Monday. “I am positive we will be the biggest party. We will create a Cabinet that includes everyone, both the coalition and the opposition, a Cabinet of reconciliation.”

Gantz’s comments contrasted with those of Prime Minister Binyamin Netanyahu in numerous interviews with media outlets Monday, who said there was a “great danger” that Blue and White would eclipse the Likud, and urged voters to go out and choose his party. “The right is in danger of falling,” he told Radio 103. “If we are not the largest party the president will ask them to form the government. Do not listen to the media. I am not crying wolf. This almost happened in 2015 and we prevented it. We cannot take a chance; the Likud must be the largest party.”

But it is not the right that is in trouble, said Gantz – but Netanyahu. “He has to give explanations on what he has done and not done, and he does not have them. That’s why he is in trouble with his base,” Gantz said. “We have extensive polls that show that the public is ready to vote for a different party – us.

“We realize that we are in a strategic election. Everyone on the right and left understands this, and people are fearful of what will happen – they don’t want to see supporters of Meir Kahane in the Knesset,” Gantz said, referring to Otzma Yehudit’s Itamar Ben-Gvir, and Netanyahu’s efforts in convincing the United Right List to form.

Gantz expressed confidence that he would be the one to form the government, even if polls showed that right-wing parties preferring Netanyahu were leading. “We will be the biggest party and the president will ask us to form the coalition. I am positive the president will act according to the law, and I will not cast aspersions on his judgment. When I say I am going to win I am simply looking at things realistically.”

Regarding his partnership with Yair Lapid – whom internal Blue and White polls show is damaging support for the party, according to several reports – Gantz said that it was “not a mistake. Political discourse connects between what we want and what is possible; we are concentrating on the possible. We now have an opportunity that we have not had for 10 years – we have a group that can work together. Yair Lapid is a man with experience and he will continue to get more experience, and he will be a partner in leading the country. We will lead Israel with justice, honesty and security. We need these things very badly.” Lapid, he said, “is a worthy man, I have complete trust in him.”