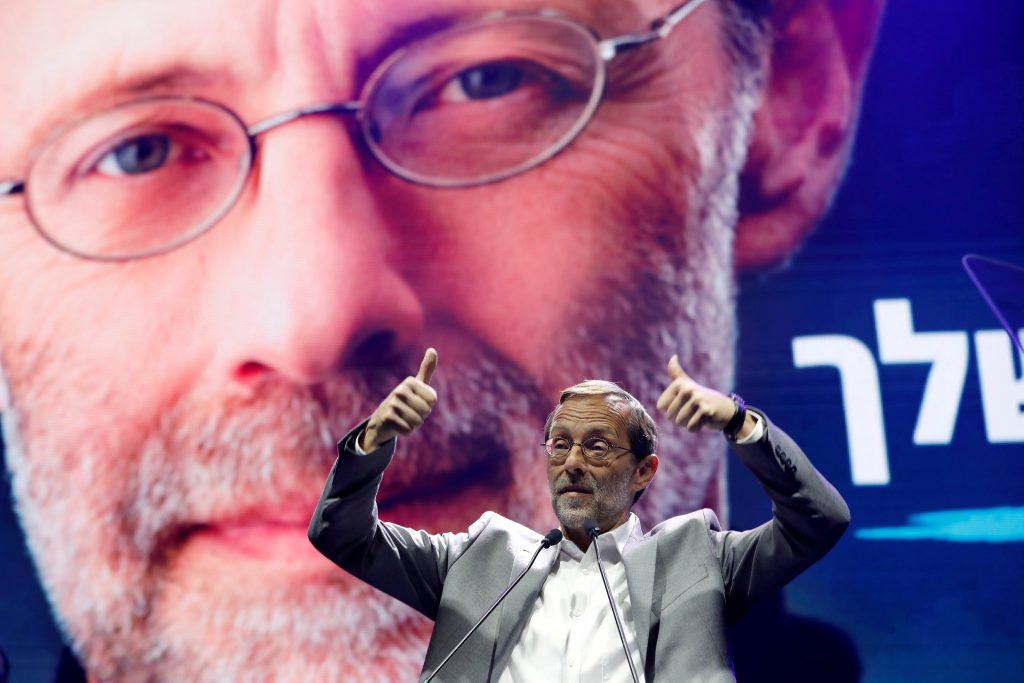 Much of the polling of public opinion has focused on the chances of the main parties to put together enough mandates for a ruling majority, and that concern has become a major element in campaigning as well.

Israeli Prime Minister Binyamin Netanyahu warned his supporters on Sunday that his Likud party will have a hard time attaining that majority.

Mr. Netanyahu told a meeting of pro-Likud mayors on Sunday that any post-election scenario that counts on Zehut leader Moshe Feiglin will not yield the needed 61-vote majority. That’s because Feiglin cannot be relied upon to recommend Mr. Netanyahu to form a government, he said.

“President Rivlin said something simple. If there aren’t 61 recommendations, then the largest party wins and forms the government. We don’t have 61…If there is no [majority right-wing] bloc, then [Blue and White Leaders Yair] Lapid and [Benny] Gantz are the biggest party, according to the polls in the media and according to our polls,” the prime minister said.

Mr. Netanyahu warned them that Likud voters are in danger of being lulled into complacency by polls that show Likud in the lead and forming a majority coalition.

But according to his analysis, “Lapid and Gantz are going to win…the media is trying to put our people to sleep and are saying the Likud will win.

“Since when does the media encourage the Likud? When they want us to lose,” he argued.

Trying to inject a sense of urgency into the mayors, who are key vote-getters, Mr. Netanyahu called the situation an “emergency,” and urged them to “wake people up,” and convince them to vote Likud and “save the right-wing government.”

Oded Revivi, chairman of the Efrat local council, said Sunday, “We learned from the prime minister that in his opinion there is no such [Knesset majority] bloc now, despite the media’s attempts to paint such a misrepresentation.”

Speaking after a meeting between the PM and local leaders from Yehudah and Shomron, Ravivi also said, “The prime minister does not trust Feiglin and as long as he does not declare that he is part of the right wing, he cannot be considered as such.”

Feiglin, meanwhile, is avoiding commitments to either Mr. Netanyahu or Gantz, and in a close race his Zehut party could emerge as the swing vote in the coalition scramble, the decider of who becomes prime minister.

That would put Feiglin, a former Likud MK, now an independent with a libertarian bent, in a position to bargain for a senior portfolio such as the Finance Ministry, in return for his support, Channel 12 said.

Quoting a party source, the Times of Israel said that Feiglin, who has been polling in single digits, light years from Mr. Netanyahu and Gantz, will even consider recommending himself as prime minister after the election.

“I did not commit to this. This is nonsense,” Mr. Netanyahu said.

Ben Gvir brushed aside the denial, insisting that if the Union of Right-Wing Parties wins enough seats on Tuesday, the premier will have no choice but to appoint him to the panel.

What if, Gantz wins after all and succeeds in forming a majority coalition?

Mr. Netanyahu told Channel 13 on Sunday, “If I lose, I’ll be the opposition leader.”