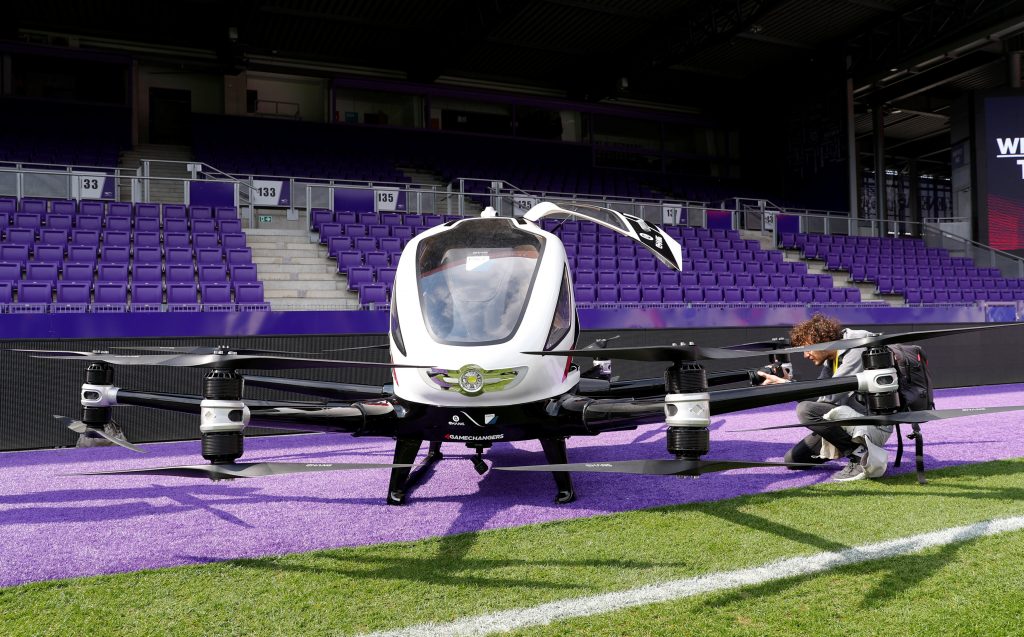 As carmakers push ahead with self-driving vehicles, an Austrian aerospace company and its Chinese partner showed off their pilot-less “flying taxi” for the first time in Europe on Thursday.

The drone’s 16 propellers hummed loudly as it rose above the pitch at Vienna’s Generali Arena. The slim plane, which weighs 750 pounds, circled in the air briefly and came down within a few minutes.

The EHang 216, which can seat two passengers, has been tested comprehensively and is essentially ready for mass production, said Derrick Xiong, co-founder of Chinese drone maker EHang.

The drone can fly at up to 90 mph for almost half an hour, FACC Chief Executive Officer Robert Machtlinger said. “It can travel between 50 and 70 kilometers, depending on the payload.”

The passenger cabin is small, with leg room that taller passengers might find less-than adequate, an Austrian photographer who took part in a demonstration flight told Reuters.

FACC says it has already received several thousand orders for the $336,000 drone, with the highest demand in China.

Competitors working toward offering autonomous flying cars early in the next decade range from aerospace giant Airbus to Uber and AeroMobil.

“What is hindering us to go into larger volumes is regulation,” he added. A future legal framework for autonomous flying vehicles should regulate communication with other planes and helicopters and provide traffic rules, he said.