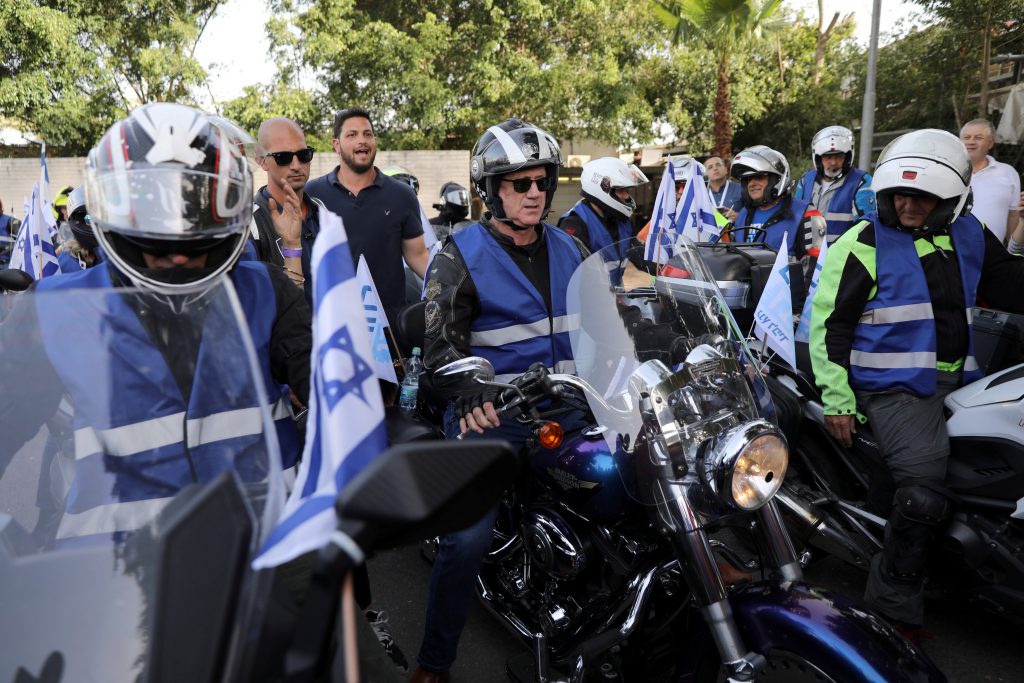 “In the next term, if I win, I will apply Israeli law — I hope by agreement, I want to do it gradually, and to get American agreement for it — not just at the blocs. If you say ‘the blocs,’ that means 90,000 Israelis — that’s exactly what Lapid and Gantz say — will be uprooted from their homes or will be abandoned to their fates…” he told Channel 13.

In an interview on Channel 12, he said: “I will apply (Israeli) sovereignty, but I don’t distinguish between settlement blocs and isolated settlements.”

Earlier in the day, Benny Gantz, whose center-left Blue and White alliance poses a serious threat to Mr. Netanyahu according to polls, condemned Mr. Netanyahu’s statement as a vote-getting ploy:

“I think that releasing a strategic and historic decision in an election campaign bubble is not serious and (is) irresponsible,” Gantz said.

“Why not ask how in 13 years Mr. Netanyahu could have annexed and didn’t?” he asked.

Pressed to state his own position, Gantz said he opposed “unilateral” moves. This seemed at odds with a statement he made earlier in the campaign which said he would consider doing just that.

Labor chairman Avi Gabbay Sunday night, seeming to take the prime minister’s pledge at face value, warned that it would be disastrous:

Netanyahu “said in his own voice that he intends to take Israel on the most dangerous adventure in its history – the annexation of 2.5 million Palestinians,” Gabbay told a news conference.

“This is a disaster whose significance is the end of the Zionist vision and of a Jewish and democratic state.