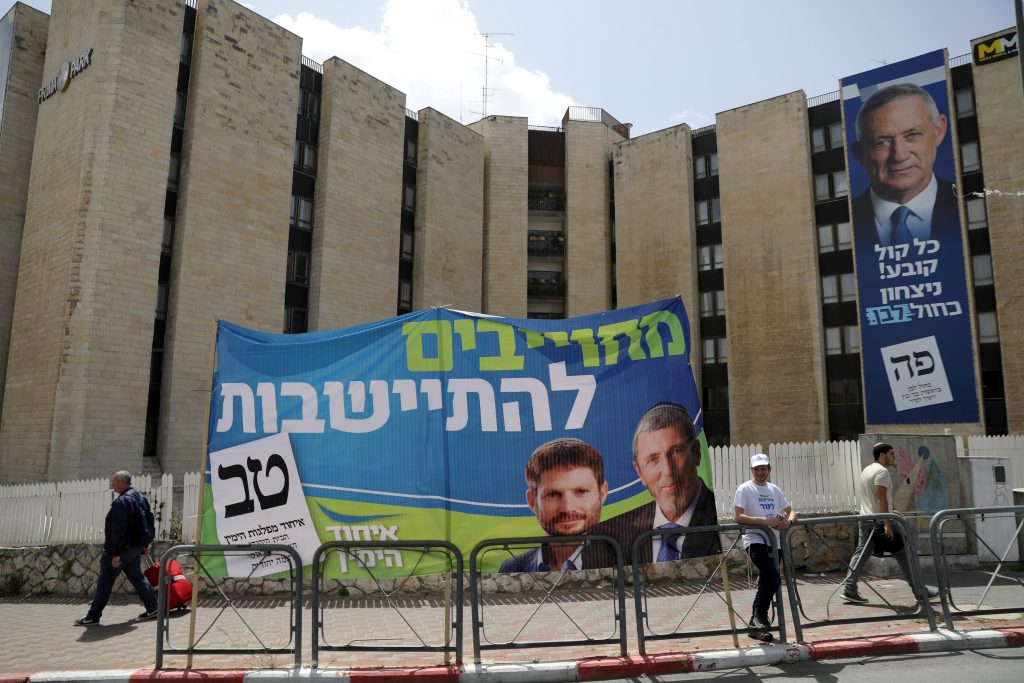 A Likud-organized right-wing solidarity rally on Sunday was abruptly cancelled amid competition for overlapping constituencies, The Times of Israel reported.

Naftali Bennett’s New Right and Rafi Peretz’s Union of Right-Wing Parties said they would not attend, apparently in response to Likud efforts to take votes away from them as Election Day approached on Tuesday.

The official reason given by the Likud for the cancellation was “security challenges,” but a party source said the real reason was fear of a low turnout.

New Right party leader Naftali Bennett accused the prime minister of working to “take down” small right-wing factions, whose votes would ostensibly go to Likud, in an interview with Channel 12.

Bennett claimed PM Netanyahu’s strategy was aimed at a unity government between Likud and Blue and White ahead of the expected release of President Donald Trump’s plan for Israeli-Palestinian peace.

“Netanyahu is right about one thing — there is a danger,” Bennett said. “There is a danger we’ll get Bogie as defense minister,” he said, referring to Blue and White member Moshe Yaalon.