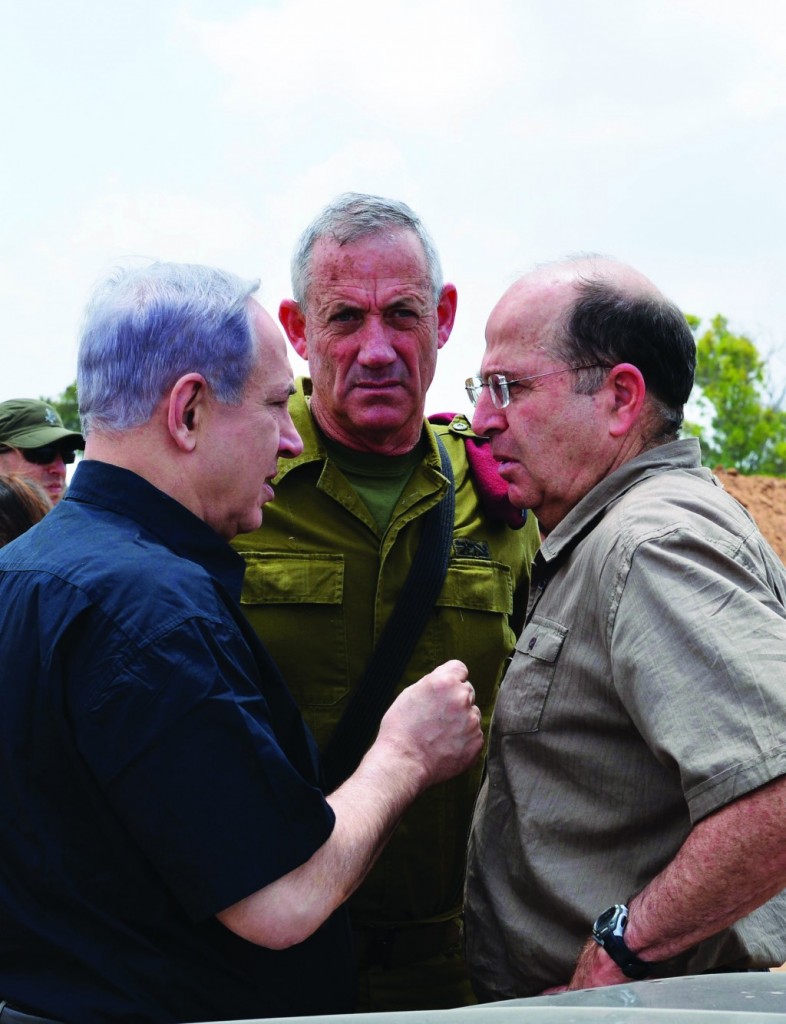 Binyamin Netanyahu and Benny Gantz may debate Sunday evening, after the latter challenged the prime minister, who in response said he would “consider” the idea. Gantz made the challenge in an interview Motzoei Shabbos with Channel 12, saying that he had “some questions to ask the prime minister. It’s a shame he refuses to sit next to me and allow me to ask them.”

In response to the debate challenge, Netanyahu said that he was “prepared to consider it. Let them [Gantz and Yair Lapid] decide among themselves who will be prime minister. I will not debate half a prime minister.”

In the interview, Gantz said he was positive he would win the election, and that he would be able to set up a coalition. “I already have a coalition with three parties, and I am talking with others. We see what is happening outside, how the polls have been going. The public will have its say and we will be the biggest party, and we will set up a coalition.” Regarding the rotation agreement he has with Yair Lapid, Gantz said that it would take place. “We have an agreement, and wonder of wonders, we intend to fulfill it. Lapid is a senior partner, he is experienced and he will make an excellent prime minister.”

Yisrael Hayom reported last week that voter antipathy to Lapid was losing Blue and White votes. According to polls, Blue and White would gain between two and three mandates if Lapid announces that he will not seek to be prime minister. Many of those who dislike Lapid are observant; as head of the Yesh Atid faction in the current and previous Knesset, Lapid was known for his negative views on issues such as drafting yeshivah students, promoting commerce on Shabbos, and other religious issues. However, there are many traditional and even secular people who are not admirers of Lapid; he is seen as overconfident and a “child of privilege,” serving in the IDF as a reporter in the army newspaper instead of combat – seen by many Israelis as connected to the fact that his father was Yosef (Tommy) Lapid, formerly the publisher of Maariv.

Netanyahu later spoke to Channel 12, saying that right-wing voters needed to turn out. “There is a gap of four seats between Likud and Blue and White. Right-wing voters are becoming overconfident. If Gantz and Lapid lead with four, five, six or seven seats, it is clear the president will have them set up the coalition. I will bring in all the right-wing parties. Anyone who does not want to endanger the right should listen to me. In 2015 the voters listened to me and I won.”