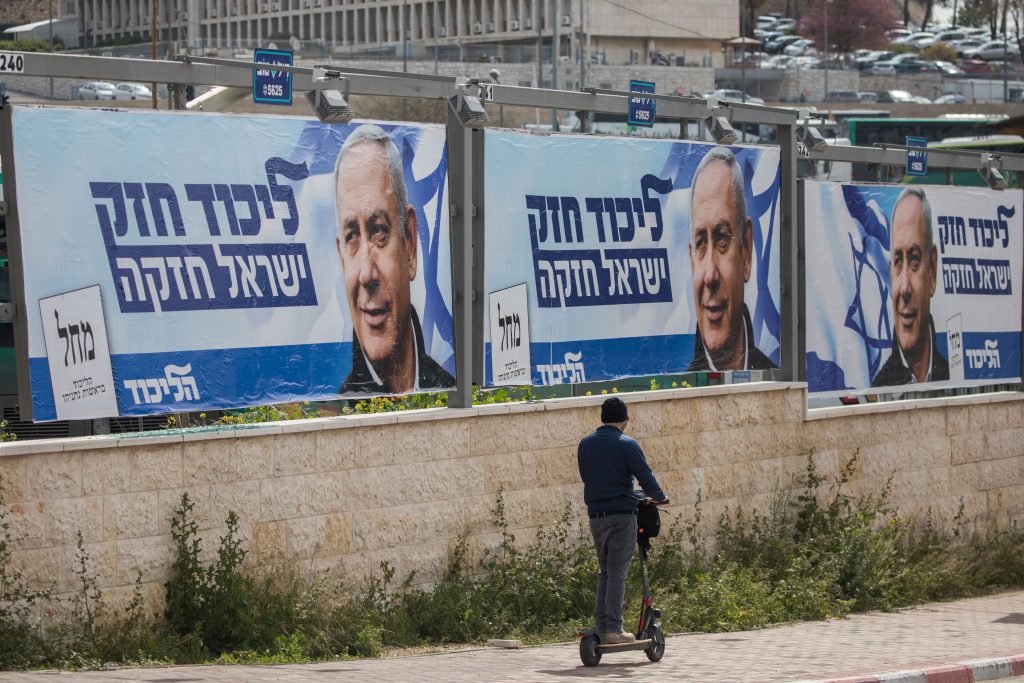 Final polls released Friday, five days before Election Day, give a slight edge to Benny Gantz’s Blue and White Party – but a distinct advantage to parties considered part of the “national camp.” A poll by Yisrael Hayom/i24News has Gantz with 32 seats, and the Likud getting 27, one fewer than in last week’s poll. Labor would be the third largest party, with 10 seats. Both United Torah Judaism and Meretz would get 8 seats. Five parties – Ta’al-Hadash, New Right, United Right List, Zehut and Kulanu – would get 6 seats apiece, with Shas getting 5. Yisrael Beytenu, Gesher, and Balad-Ra’am do not pass the electoral threshold.

Taken together, Prime Minister Binyamin Netanyahu would be able to build a coalition of 64 MKs, assuming Kulanu and Zehut would participate. To build his coalition, Gantz would need those two parties as well – but neither are likely to sit in coalition with Meretz. With that, 52 percent of those polled said they believed Netanyahu would form the next coalition, compared to 27 percent for Gantz. Most voters – 46 percent – were opposed to a unified coalition between Likud and Blue and White, compared to 31 percent who would approve.

The poll also sought to discover how motivated voters were. Based on voters who said they would “definitely” come out on Election Day, Blue and White would get 34 seats, compared to 26 for the Likud. The party with the highest level of loyalty is Labor, with 77 percent of its supporters “positive” they will vote for the party. Least positive are Meretz voters, of whom only 48 percent say they are fully committed to the party.

Yediot Acharonot’s poll showed similar results. Blue and White would get 30 seats in that poll, with the Likud getting 26. Labor would get 11, and Hadash-Ta’al along with United Torah Judaism 7. The New Right would get 6, with Shas, United Right List, Meretz, Kulanu and Zehut getting 5 each. Ra’am-Ta’al and Yisrael Beytenu would get 4, but they are “very close” to not passing the electoral threshold, the poll said. Here, too, the right-wing bloc is ahead, with 63 seats.

Despite the edge Blue and White has in the poll, Netanyahu is seen by many more Israelis – 58 percent – as being likely to form the next coalition, compared to 21 percent who believe Gantz will. And 36 percent said they would prefer Netanyahu as Prime Minister, while 35 percent would prefer Gantz. However, in response to the question of who is more fit to be prime minister, 41 percent chose Netanyahu, compared to 32 percent for Gantz.