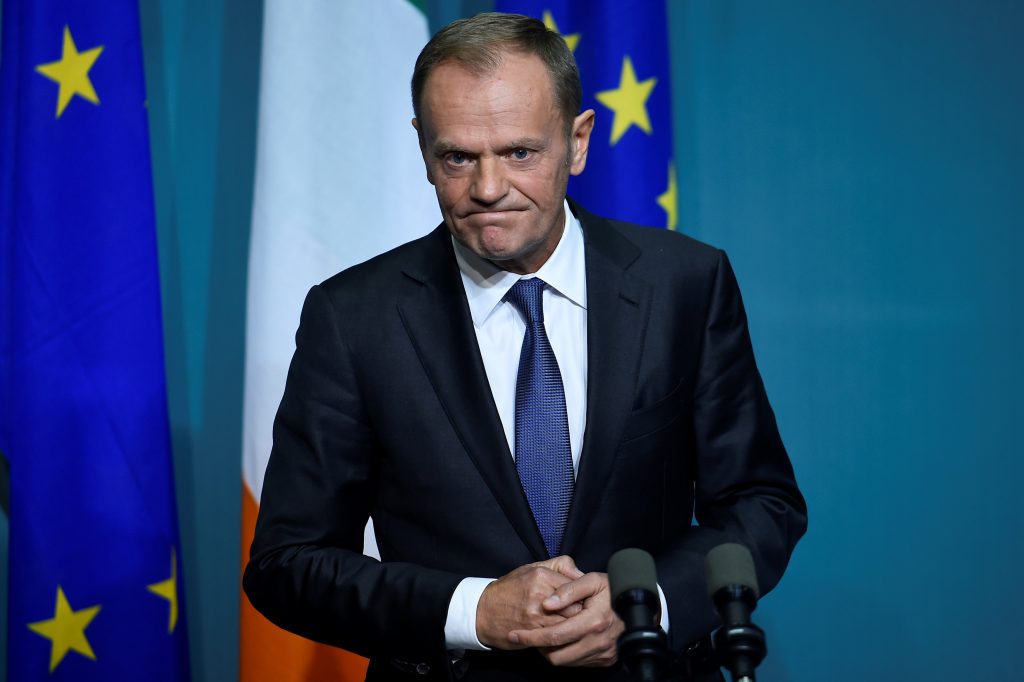 European Council President Donald Tusk is proposing to make an offer of a 12-month “flexible” extension to the U.K.’s Brexit date, the BBC reported on Friday, citing a senior European Union source.

The plan would let U.K. leave sooner if the British Parliament ratifies a deal but will need to be agreed by EU leaders next week at a summit, the BBC said.

After her EU withdrawal deal was rejected three times by lawmakers, British Prime Minister Theresa May invited opposition Labour leader Jeremy Corbyn for talks in Parliament to try to plot a way out of the crisis.

May said earlier this week she would seek a delay that is “as short as possible” to the current Brexit date of April 12.

Attorney General Geoffrey Cox told BBC that if the talks between U.K.’s Conservative and Labour Parties fail, the delay is “likely to be a long one.”