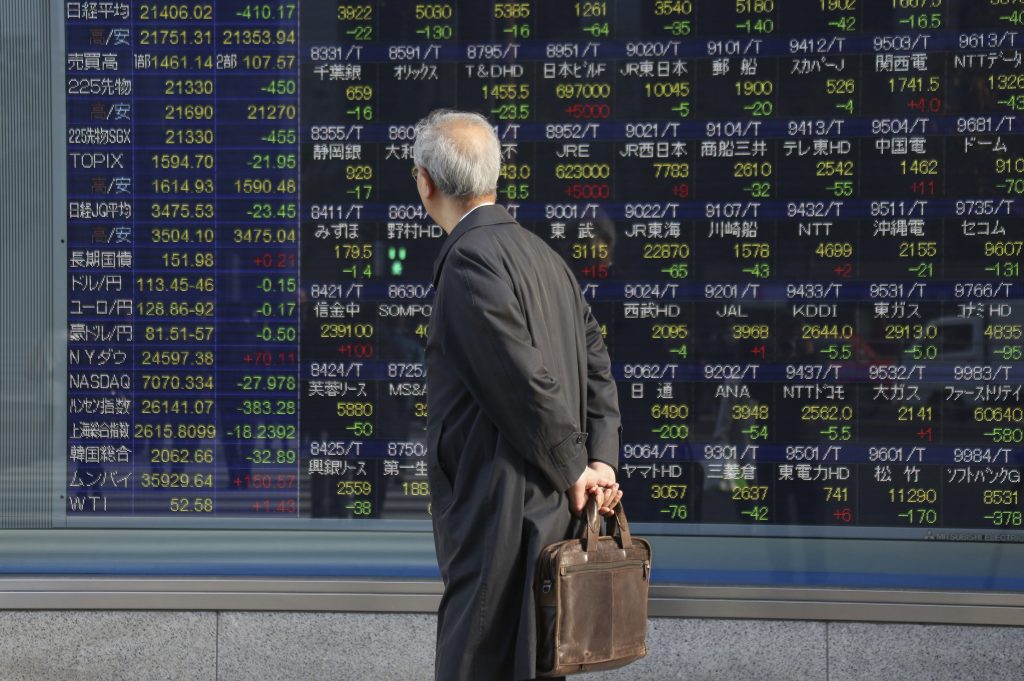 Shares are mostly higher in Asia after President Donald Trump and a senior Chinese envoy said trade talks in Washington were making progress.

Markets have been wobbly throughout the week as investors wait for the U.S. government’s jobs report on Friday and prepare for a new round of corporate earnings reports next week.

Investors are also keeping a close watch on the latest rounds of U.S.-China trade negotiations. President Donald Trump said Thursday that the two sides were “rounding the turn” in the talks, which resumed Wednesday in Washington.

No details were announced but Trump said after meeting with Chinese Vice Premier Liu He that “something monumental” could be announced within weeks.

Liu, China’s top trade negotiator, told Trump that “because of your direct involvement, we do have great progress.”

The dispute over technology policy, involving punitive tariffs imposed by both sides, has rattled markets and cast a pall over the outlook for the global economy.