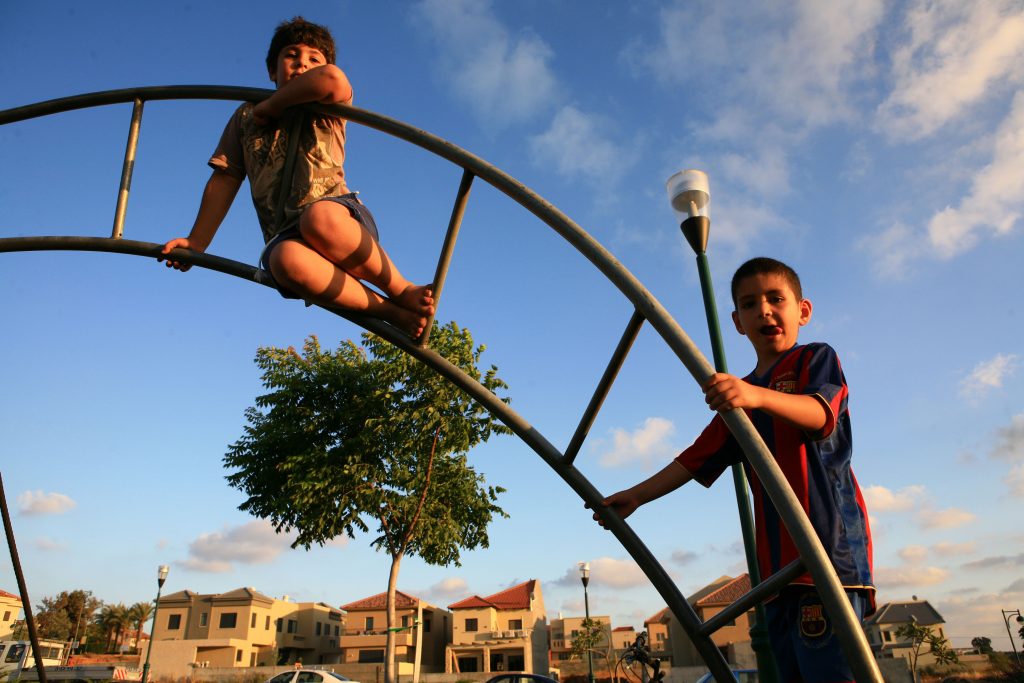 Some 8,300 children are sent to emergency rooms annually in Israel for treatment of injuries sustained on playgrounds, a new study by the Beterem safety organization shows. A percentage of 43 of those injuries occur in public parks and playgrounds, with the rest occurring in schoolyards, private homes, and other locations. Three-quarters of those sent for emergency treatment are aged nine and under, 41 percent of those needing treatment are between the ages of five and nine, and 34 percent under age five.

The most “dangerous” fixture in the playground, according to the report, is the slide; fully one-third of all injuries occur when kids fall too quickly down the slide, or fall off the top of it. Some 70 percent of all playground injuries are due to falls, and 40 percent of those injuries were due to equipment or other facilities that were substandard, Beterem said.

Yaakov Wechtel, head of standards at the Industry and Economy Ministry, said that “there are tens of thousands of playgrounds and pieces of play equipment in Israel, and children use them every day. Substandard equipment and playgrounds are a danger to children, but children are unable to identify substandard equipment. Nor should they have to – this is the responsibility of those managing these playgrounds and equipment, usually the local authority. Learning the regulations and applying them to equipment is the best way to ensure that children will remain safe.”