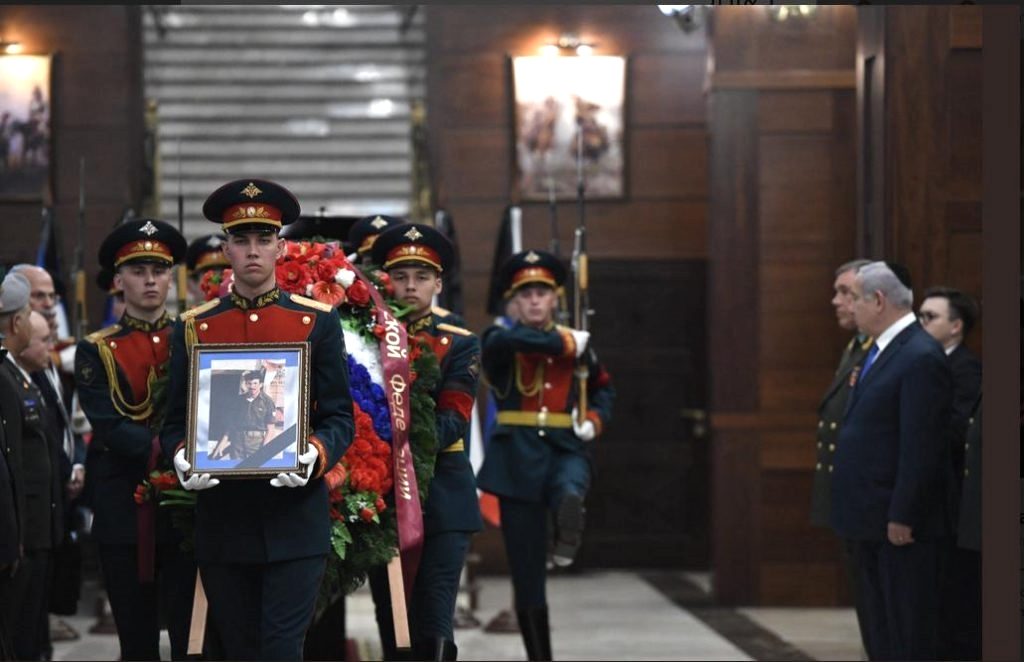 Russian President Vladimir Putin said Thursday that Russian soldiers, together with the Syrians, found the remains of missing IDF soldier Zecharia Baumel, who was returned to Israel Wednesday.

Putin thus confirmed speculation in Israel that Russia helped in the recovery of the body of Baumel, who had been missing since the battle of Sultan Yaqub in Lebanon in 1982.

Prime Minister Binyamin Netanyahu thanked Putin for his assistance in locating Baumel. “Two years ago, I asked you to help us find the remains of our MIA soldiers, and as a sign of our great partnership, you immediately responded by saying that you would act personally to help find their remains.”

“It was not a simple operation,” added Putin. “Please pass on our best wishes to his family.”

Netanyahu said that the family members “were excited in a way that I cannot describe. The bereaved mother was in a state of shock.

“When I told them about your decision, they wanted to express their thanks.”

Russia handed over a casket containing Baumel’s personal effects, including his combat uniform, on Thursday.

Baumel immigrated to Israel with his parents from New York in 1970. Over the years, there had been unverified reports that Baumel and two other soldiers who went missing at Sultan Yacoub might have survived the fighting and been captured.

The precise location of his remains was not disclosed, but Netanyahu said Russian soldiers had risked their lives to get them.

The recovery was welcomed by the United States, Baumel’s birthplace.

“For many years we prayed for the safe return of Zachary Baumel,” U.S. Ambassador to Israel David Friedman said on Twitter on Wednesday. “Welcome home, Zachary, and Rest in Peace.”

“We are again deeply grateful to you, Mr. President, for your personal friendship, for your position, and for the fact that Russia shares these common values with Israel,” said Netanyahu.

A senior Israeli official said on Thursday that Putin clarified to Netanyahu earlier in the week that the publication of the fact the Russia and Syria collaborated with Israel to retrieve the body of Baumel would not put an end to the operation to locate the other IDF soldiers missing in action.