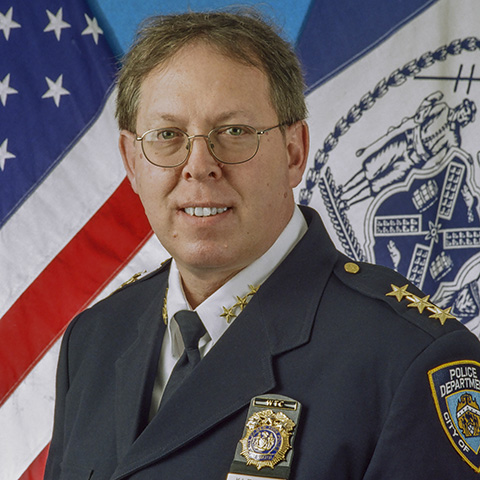 It was a police encounter that made headlines around the world: a plainclothes officer caught on cell phone video wrestling Eric Garner, a towering Staten Island dad, to the ground with what appeared to be a chokehold — except it wasn’t, the NYPD’s top doctor has said, according to the cop’s lawyer.

The NYPD’s chief surgeon has determined that Police Officer Daniel Pantaleo didn’t use the prohibited maneuver during his fatal run-in with Garner, who suffered from asthma and whose last cries of “I can’t breathe” became a rallying phrase for the Black Lives Matter movement.

The bombshell announcement came during a hearing Thursday at One Police Plaza, where next month Pantaleo will be tried on administrative charges that he used excessive force — a banned chokehold — when he confronted Garner in Staten Island.

London said that after Kleinman watched the video, as well as a second video, apparently from inside a store, and reviewing Garner’s autopsy, he wrote in a report dated Dec. 10, 2014 that Pantaleo never put Garner into a chokehold.

Kleinman concluded there were no injuries associated with a chokehold, including to Garner’s trachea, and that Garner’s poor health — he was obese and suffered from asthma, hypertension and diabetes — contributed to his death, London said.

The autopsy performed by the city’s Medical Examiner noted Garner’s health, but also ruled that a chokehold was used.

Gwen Carr, Garner’s mother, pointed that report out when asked about London’s comments — and she also pointed out that a medical expert hired by her family, Dr. Michael Baden, reached the same chokehold conclusion.