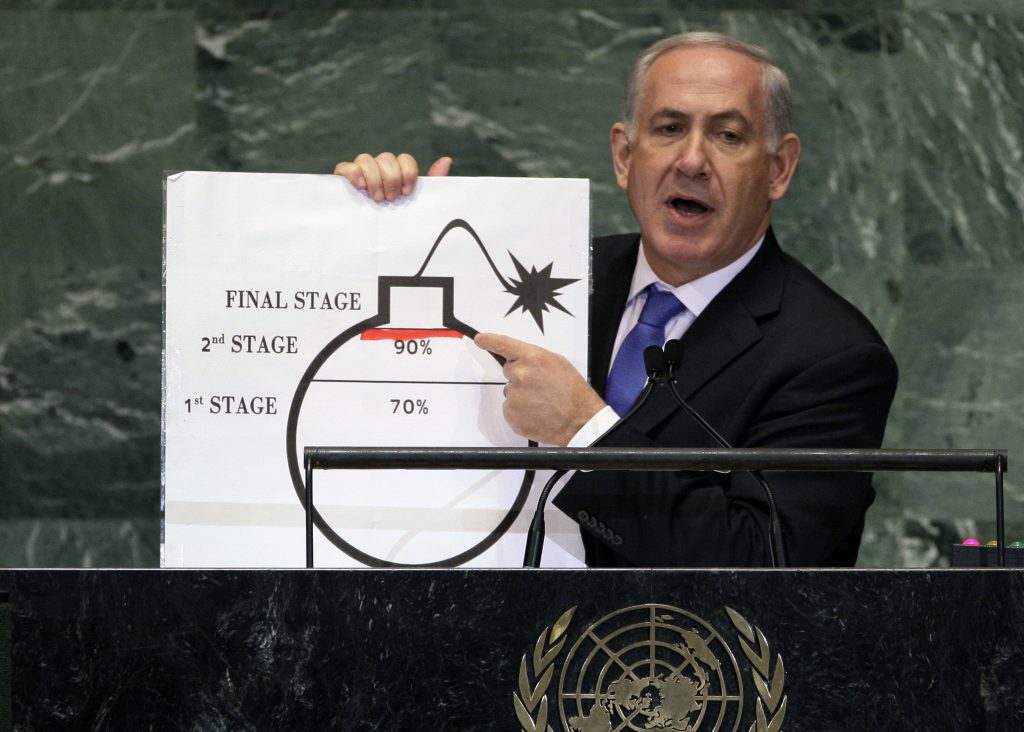 In a speech at the United Nations in September Israeli Prime Minister Binyamin Netanyahu, who has spearheaded opposition to the deal, called on the International Atomic Energy Agency to visit the site immediately, saying it had housed 15 kg (33 lb) of unspecified radioactive material that had since been removed.

Netanyahu argued the warehouse showed Tehran still sought to obtain nuclear weapons, despite its 2015 pact with world powers to curb its nuclear program in return for a loosening of sanctions.

At the time the IAEA bristled at being told what to do, saying it does not take information presented to it at face value and sends inspectors “only when needed.”

“They’ve visited the site,” one of the three diplomats said, speaking on condition of anonymity because they were not authorized to discuss the issue publicly and details of inspections are confidential.

One of the diplomats said the IAEA had been to the site more than once last month. The others said the agency had been there, without specifying when. The IAEA declined to comment.

“We have nothing to hide and any access given to the IAEA so far has been in the framework of laws and regulations and nothing beyond that,” an Iranian official said.

The Atomic Energy Organization of Iran declined to comment. Iran has said the site is a carpet-cleaning facility.

Determining what nuclear materials if any were present at the site will depend on an analysis of environmental samples taken there, and the results will not be in until June, two of the diplomats said.

Such environmental samples can detect telltale particles including highly enriched uranium even long after material has been removed.

The IAEA has the power under the landmark 2015 deal to carry out so-called complementary access inspections in Iran, which are often conducted at short notice, wherever it needs to.

The IAEA carried out 35 complementary access inspections in Iran in 2017, the latest year for which data is available, according to an annual report to member states that is itself confidential and which Reuters obtained.

Diplomats familiar with the IAEA’s work say such inspections are often carried out to clear up questions Iran has not fully answered or discrepancies in its declarations.

The IAEA has repeatedly said Iran is holding up its end of the deal, which lifted international sanctions against Tehran in exchange for restrictions on its atomic activities that increased the time it would need to make a nuclear bomb if it chose to. Iran says its nuclear program is entirely peaceful.

Quarterly IAEA reports say its inspectors have had access to all the places in Iran they have needed to visit, which IAEA chief Yukiya Amano repeated in a speech on Tuesday.

At the same time, some diplomats who follow Iran closely say it has dragged its feet in dealing with the agency and some inspections have gone down to the wire.

“Full cooperation with the IAEA must be the norm, and Iran should not need a quarterly reminder of its importance,” the United States, which has pulled out of the deal and now opposes it, said in a statement at last month’s IAEA Board of Governors meeting, referring to another regular comment in IAEA reports.

Pending the results of the sample analysis, several diplomats said the fact inspectors were granted access to the site showed the deal is holding for now, despite Washington re-imposing punishing sanctions that have targeted Iran’s economy.

“The Iranians have realized that complying with the deal is in their interests,” one diplomat said.