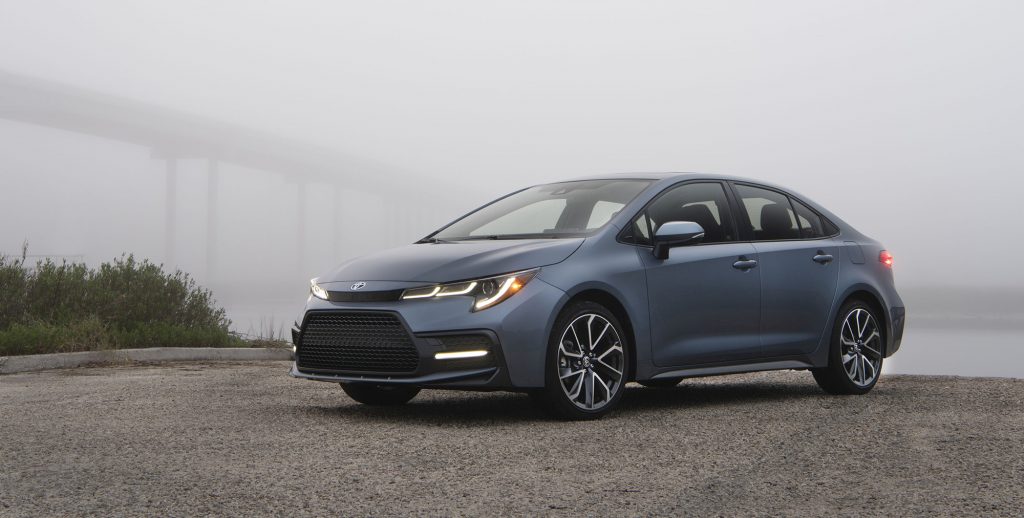 When something is ubiquitous, can it be good?

If you’re hungry, take out food is cheap but not tasty. Need new clothes? Kohl’s and J.C. Penney have piles of them, but they’re far from fashionable.

On the other hand, if you buy a high-end Swiss watch, one that sets you back thousands of dollars, it will have 16 dials that make reading the time harder, and it will need costly regular servicing to maintain its accuracy. In contrast, a Timex, Swatch, Fossil or Armitron can have its battery changed by that brain-dead teenager at the watch kiosk in the shopping mall.

It’s not different when you purchase a car. What you want is a Lamborghini. Once you locate a dealer, you’ll find the cost of fuel, insurance and service, not to mention the cost of gold chains, put it out of reach.

It’s so much simpler to own the redesigned 2020 Toyota Corolla, a compact sedan that will have fewer competitors now that GM, Ford and FCA no longer make them.

Toyota has sold more than 46 million Corollas since the first one rolled out of Toyota’s Takaoka plant in 1966, making it the bestselling nameplate in the world. So yes, the Corolla is ubiquitous, thanks to its continued affordability, reliability and fuel efficiency. But the 2020 Corolla adds a missing ingredient: personality.

Riding atop Toyota’s New Global Architecture that’s used for the Camry and RAV4, the Corolla’s 106.3-inch wheelbase is unchanged, but the car is 0.2 inch wider, 0.8 inches lower and 0.8 inches shorter and wears a more alluring wardrobe. While its shape remains familiar, the Corolla looks lower and leaner, accentuated by gently flared fenders and anchored by LED headlamps. It has a cleaner, energetic edge.

Inside, the redecorated cabin has an articulate grace that feels neither cheap nor sparse thanks to contrasting colors and shrewd material choices that evoke a premium feel. An 8-inch infotainment touchscreen (7-inch on base L models) anchors the center of the instrument panel, and is placed above a simple row of climate control buttons bookended by rotary knobs. Uniquely, the center console and instrument panel don’t physically connect, which imparts a feeling of spaciousness. The instrument and door panels are covered in a synthetic material accented with a simple stitch that suggests extravagant modernism. This is mass market design at its finest.

The XSE test car’s sleek ecru and black interior’s minimalist ambiance never seems entry-level. The front passengers sit low, with a short but supportive front seat cushion. Head and legroom are good up front. Back seat legroom is adequate, but headroom is tight due to an encroaching sunroof, so try before you buy. Trunk space is impressive; at 6’2”, I fit without a problem.

The 2020 model’s mainstream L, LE, and XLE grades use the 139-horsepower 1.8-liter engine found in the previous-generation Corolla. Sportier SE and XSE grades get Toyota’s 2.0-liter four-cylinder engine rated at 169 horsepower. Both engines mate to a continuously variable automatic transmission or a six-speed manual transmission – a rare commodity in this class, but one that Toyota officials feel is a key selling point.

“What we’re seeing in markets like Southern California and even a little bit in South Florida is car culture seems to be alive,” Laukes said. “There are markets where people want to drive stick or they want to learn how to drive stick, and that’s where their interest is.”

Also, buyers can opt for a Corolla Hybrid, which uses the Prius’ 121-horsepower drivetrain and returns 52 mpg.

Driving brings out modest road noise, but a surprising amount of wind noise. The engine moans, typical of a driveline with a CVT transmission. It’s more fun to drive than previous Corollas, although that’s not saying much. Nevertheless, it will surely please most drivers. In contrast, the Hybrid is distinctly less exciting to drive than the rest of the lineup. While the throttle is responsive off the line, it becomes less so at speed. It isn’t as quick as other drivelines, although its fuel efficiency compensates for its lack of excitement. The Hybrid’s ride seems more abrupt over rough stuff, although it is very quiet. Thoughtfully, there’s no space penalty from the Hybrid’s battery pack; it’s under the back seat.