Israel Arab Report: Trump’s ‘Deal of the Century’ to Be Presented May 15
Israel 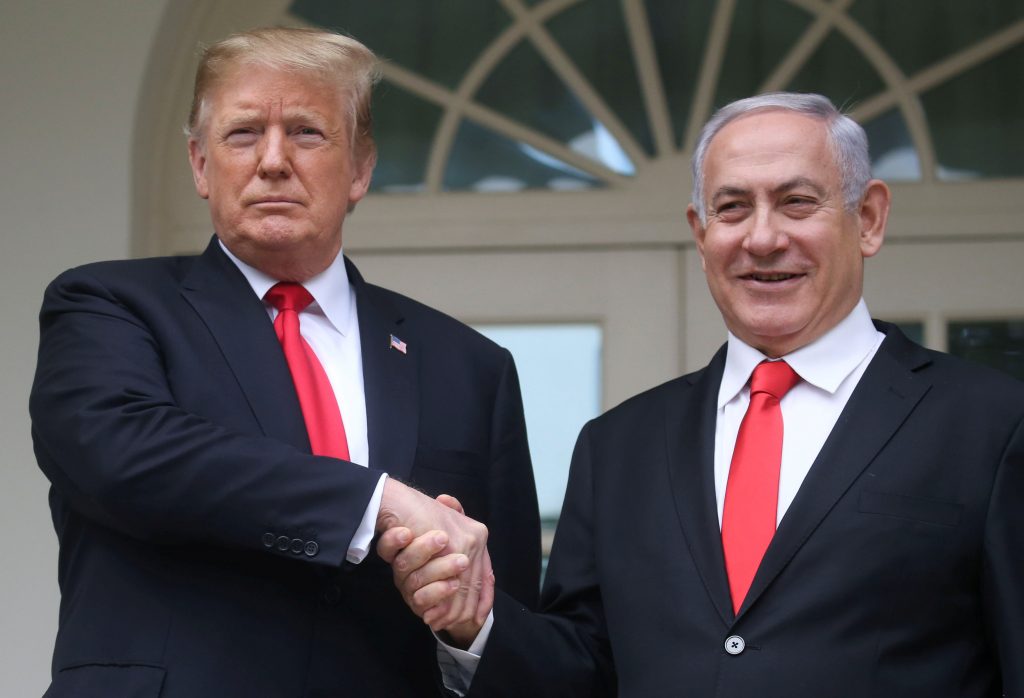 The Arab website Al-Khaleej Online, quoting Arab and Palestinian sources, reported Thursday that President Donald Trump is expected to present his “Deal of the Century” on May 15.

The sources said in exclusive statements to Al-Khaleej that some U.S. officials close to the Trump administration have told Arab and Gulf figures that the date proposed to release the “Deal of the Century” will be on the anniversary of the Palestinian Nakba Day, May 15.

The source explained that the Trump administration has effectively completed all the necessary steps to put forward its expected deal, and has also obtained financing from Arab and other countries to ensure the implementation of the terms of the deal, which focuses on the economic aspect with the same emphasis on the importance of the political aspect in dealing with the Palestinian-Israeli conflict in the region.

Arab commentators and officials warn their peoples that Trump’s deal will be the “elimination of the Palestinian dream” and will include an Arab “concession” of territories for the benefit of the State of Israel.

The “Deal of the Century” is reportedly receiving backing from Saudi Arabia, the UAE, Egypt and other Arab countries.

Saudi Arabia and the UAE are supporting the American “Deal of the Century,” despite Palestinian rejection of the deal, said the report, because of the high risks that threaten the future of their country’s deals with America.