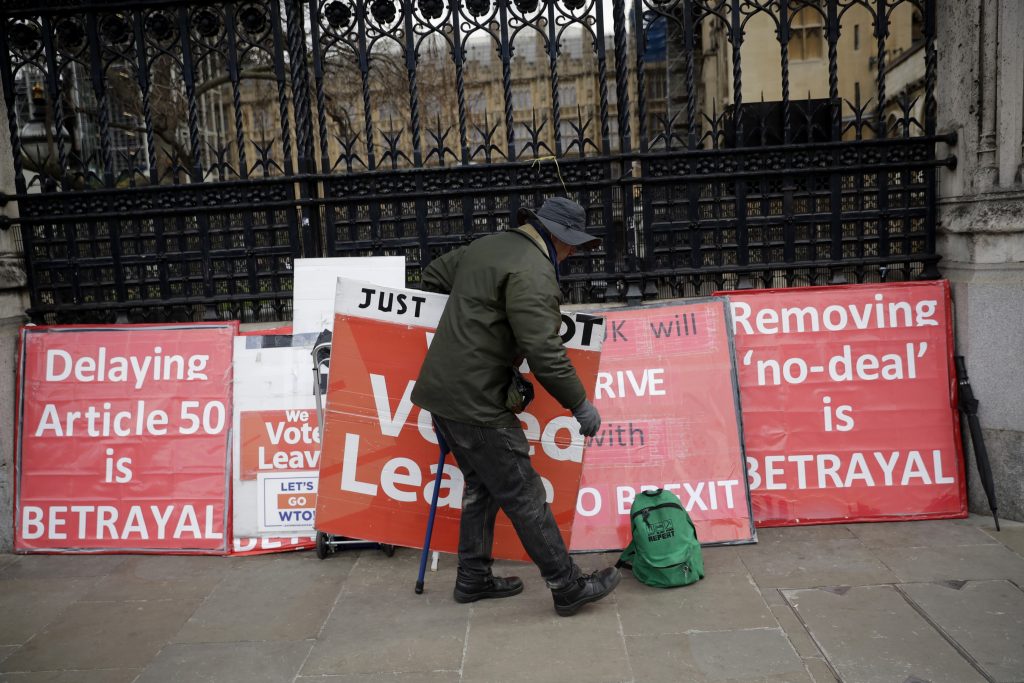 Britain’s House of Commons has by the narrowest of margins approved a bill designed to guarantee that the country can’t leave the European Union without a withdrawal agreement.

The U.K. has just nine days, until April 12, to approve a divorce deal, come up with a new plan or crash out of the 28-nation bloc without a deal, causing huge disruption for people and businesses in Britain and the EU.

Lawmakers approved by 313-312 a bill that requires Prime Minister Theresa May to ask the EU for an extension to the Brexit deadline if Britain is on the verge of a no-deal exit.

The bill still needs approval from the unelected House of Lords, which is likely.

The law does not compel the EU to agree to a delay.