Israel Search for Other Fallen Soldiers Goes On
Israel 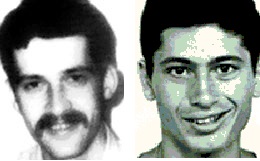 The recovery of the remains of Zacharia Baumel, Hy”d, could lead to the location of two other Israeli soldiers missing since the 1982 Battle of Sultan Yacoub against the Syrian army during the First Lebanon War, according to Channel 13 on Wednesday night.

According to Israeli intelligence officials, forensic experts have been verifying that the bodies of Zvi Feldman, Hy”d, and Yehuda Katz, Hy”d, who also fell in that battle, are not among the nearly dozen bodies received along with that of Baumel.

In a special address on Wednesday night, Prime Minister Binyamin Netanyahu pledged that Israel would “continue to invest every effort to return our other MIAs and KIAs, including Zachary’s comrades Tzvi Feldman and Yehuda Katz, Eli Cohen, Ron Arad, Oron Shaul, Hadar Goldin, Hy”d, and others who are missing. We will not cease this holy mission.”

Meanwhile, a commander in the Popular Front for the Liberation of Palestine, Anwar Raja, claimed that armed factions at a Palestinian refugee camp outside Damascus found the remains.

He told al-Mayadeen news, a site associated with Hezbollah, that they excavated Baumel’s body from a cemetery near the Yarmouk Refugee Camp. Israeli intelligence services coordinated the search for the body, he said.

Turkey and Russia may also have had a role in the operation, according to Channel 13.

The Prime Minister’s Office would not comment on the report.