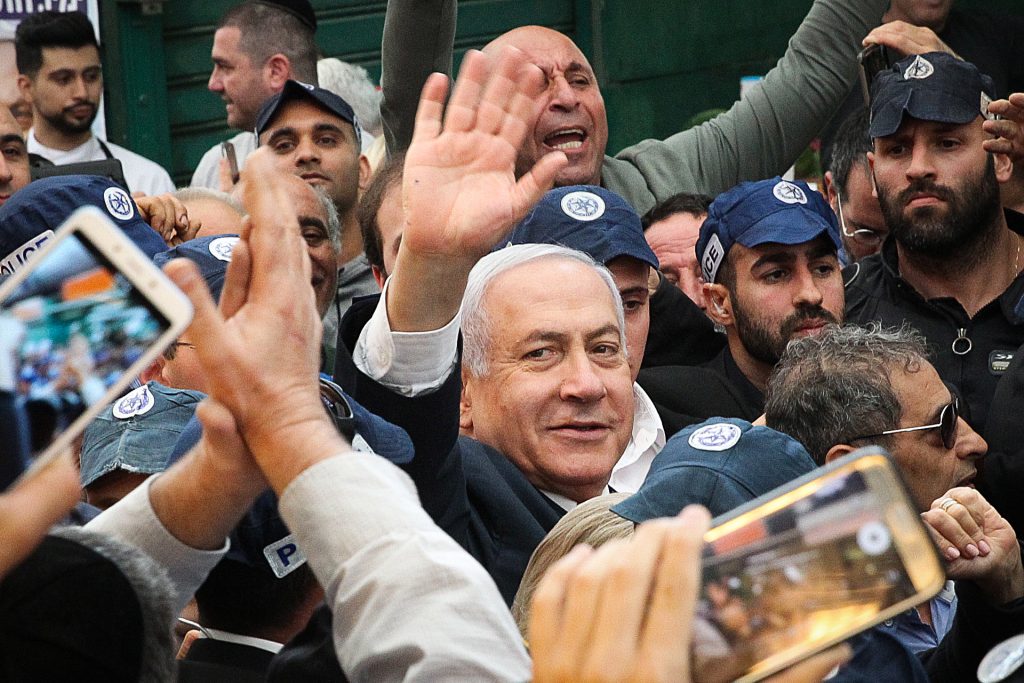 A woman who threw a tomato at Prime Minister Binyamin Netanyahu Tuesday was being questioned by police Wednesday. Police said they questioned her motives and decided to release her, as she did not appear to present any further threat.

The incident occurred as Netanyahu was touring the Hatikvah Market in Tel Aviv Tuesday. Long a Likud stronghold, Netanyahu was loudly heralded by supporters as he made his way throughout the marketplace, accompanied by hundreds of supports – when chaos erupted as the tomato thrown by an unidentified individual barely missed the Prime Minister’s head. Police later identified the thrower from security camera footage. This was the first time since 1981 that a tomato has been thrown at a Prime Minister candidate, with the late Shimon Peres the victim back then.

Security guards accompanying Netanyahu rushed the Prime Minister from the scene after the incident. Housing Minister Yoav Galant, who was part of the delegation to the market, apologized to the crowd for the relatively short visit, saying that Netanyahu was unable to speak as scheduled because of the incident. Netanyahu later went to Bat Yam to speak with supporters there.

Yisrael Hayom reported that the tomato thrower was a 19-year-old woman who lives in the Hatikvah neighborhood. She stood behind one of the stands in the market, she told police, and threw the tomato at Netanyahu and his wife Sarah as they passed by. Police said she told them she had thrown the tomato as a “joke,” and that she had no strong political feelings for or against Netanyahu.

Immediately after the event, Blue and White head Benny Gantz said that he “strongly condemns the throwing of the tomato on Netanyahu in the market. Israel needs unity, not violence.”