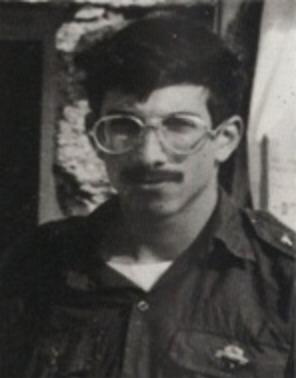 Several minutes after the astounding news of the return to Israel of the remains of Zecharia Baumel, Hy”d, Hamodia was in touch with Lieutenant Colonel Yonah Tillman (Reserved Forces), one of those involved in the efforts to bring home Baumel, as well as the other two soldiers with him, Yehuda Katz and Zvi Feldman, after they went missing in action in 1982.

Hearing the emotion in his voice, as he also had just received the news, Tillman says that he was involved in the case between 1986 -1990, and although he has not been directly involved, the story never left him until today, when it was finally brought to a conclusion/

“We were always hopeful that Baumel and his friends were still alive,” says Tillman. “The family retained hope, and tirelessly met with government officials, from anywhere and everywhere — whoever might help obtain proof of their son’s fate.

“Zvi Baumel, utilizing his U.S. passport, traveled and met with officials across the world. He traveled to Jordan, even before Israel made a peace treaty with them, as well as Tunisia, and other Arab contacts. They left no stone unturned in their dedicated search for their son.

“They kept their hopes up, despite most eyewitnesses at the attack said that had seen Zecharia seriously wounded after the assault, and that he probably wouldn’t manage to survive the wounds.”

The family haven’t sat shivah for Zecharia till today, says Tillman. The IDF Rabbinate wanted to convene on the case, but the Feldman and Katz families didn’t agree to it.

“What kept their hopes up could be the part of Zecharia’s army dog tag that Yasser Arafat handed to an Israeli official during the Oslo meetings, in 1993.”

Several years ago, Tillman says, he dreamed on Erev Rosh Hashanah that the IDF held a special operation and came back with the remains of Baumel, and today that dream came true.

“It is an emotional, yet relieving end to this saga. B’ezrat Hashem, we will find Katz and Feldman as well.”