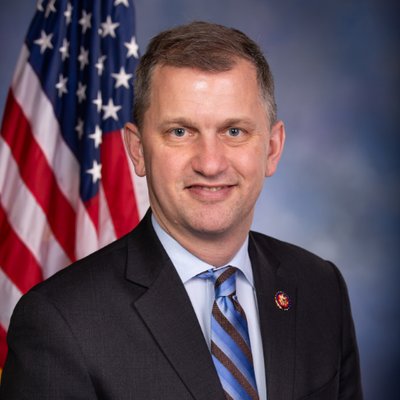 As the founder of a company that turns industrial emissions into energy, Sean Casten turned a career spent fighting climate change into the centerpiece of his successful campaign for Congress.

But don’t expect the first-year House Democrat — who defeated a six-term Republican incumbent in Illinois — to back the ambitious climate plan championed by progressives such as New York Rep. Alexandria Ocasio-Cortez.

“The Green New Deal is a political document,” said Casten, a member of the moderate New Democrat Coalition of 101 lawmakers. “If we all passed it tomorrow, it wouldn’t make a lick of difference.”

Casten is a Democratic Green New Deal defector, one of a group of moderates who are rejecting the progressive package that has become a lightning rod for critics and are instead crafting their own climate-change policies. Among the ideas some defectors are considering are measures that would impose a national mandate for the use of cleaner power sources or implementing a carbon tax.

Many, such as Virginia freshman Democratic Rep. Elaine Luria, defeated Republican incumbents in moderate-to-conservative districts and helped their party win back the House.

“The Green New Deal is aspirational,” Luria said. “What we plan to do is offer tangible, achievable things.”

The Green New Deal calls for shifting to 100 percent clean power within 10 years, upgrading all U.S. buildings and providing health care and housing for all. It’s captured national attention but has also been used by Republicans to label Democrats as socialists who want to ground air travel, ban hamburgers and pay people who aren’t working.

The Green New Deal would do none of those things, but it’s still only supported by 39 percent of House Democrats — 92 out of 235 Democrats. In the Senate, the plan is backed by all six of the chambers presidential hopefuls, but only 12 out of its 49 Democrats.

“I like the fact a lot of new members are coming up with ideas that we need to look at like the Green New Deal, but we’re going to look at all different options,” said Frank Pallone, chairman of the House Energy and Commerce Committee, who has questioned the political and technical feasibility of the plan. “We’re looking at a number of things that could be done to address greenhouse gasses and the problem with climate change.”

One of them is a federal mandate that could require the use of clean energy sources such as wind, solar and other renewables as well as possibly nuclear and coal with carbon capture technologies as well, according to Paul Bledsoe, an adviser with the Progressive Policy Institute who says he’s had discussions with congressional committee aides on the various ideas.

A carbon tax is also being eyed by the House’s main tax writing committee, which is led by Green New Deal holdout Richard Neal of Massachusetts, who said he plans to hold a hearing on the fee in the future.

A $25-per-ton fee, paid by oil refiners, utilities and other carbon dioxide emitters could generate $1 trillion, according to estimates by the Congressional Budget Office, but it lacks the GOP support needed to become a reality. Rep. Don Beyer, a Ways and Means Committee member, hopes the Green New Deal changes that.

“The Green New Deal has almost created a space on the middle and on the center right for carbon pricing as something that is concrete and real and supported by economists across the political spectrum,” Beyer, a Virginia Democrat, said.

Another bill that would require the U.S. to meet greenhouse gas emission reduction targets under the Paris climate agreement that President Trump has vowed to pull out of is being championed by House Speaker Nancy Pelosi, who has dismissed the Green New Deal as a “green dream.”

The alternatives come as some moderate Democrats believe the House passage of a Green New Deal is important ahead of the 2020 presidential elections. Critics say it’s a needless political risk that will end up costing Democrats seats.

“They correctly believe that the notion of the keep it in the ground crowd are both political liabilities and unnecessary at this point,” Bledsoe, who worked on climate change issues in the Clinton White House, said in an interview. “The Democrat Party became captive to far left environmental groups for the last couple of decades and it’s become a political disaster.”

Asked about members of her party who don’t support her plan, Ocasio-Cortez said they may be more interested in saving their congressional seats than saving the planet.

“We don’t have time for five years of a half-baked, watered-down position,” Ocasio-Cortez said during a Town Hall meeting on MSNBC Friday.