Israel Bennett: A Vote for Feiglin Is a Vote for Disengagement
Israel 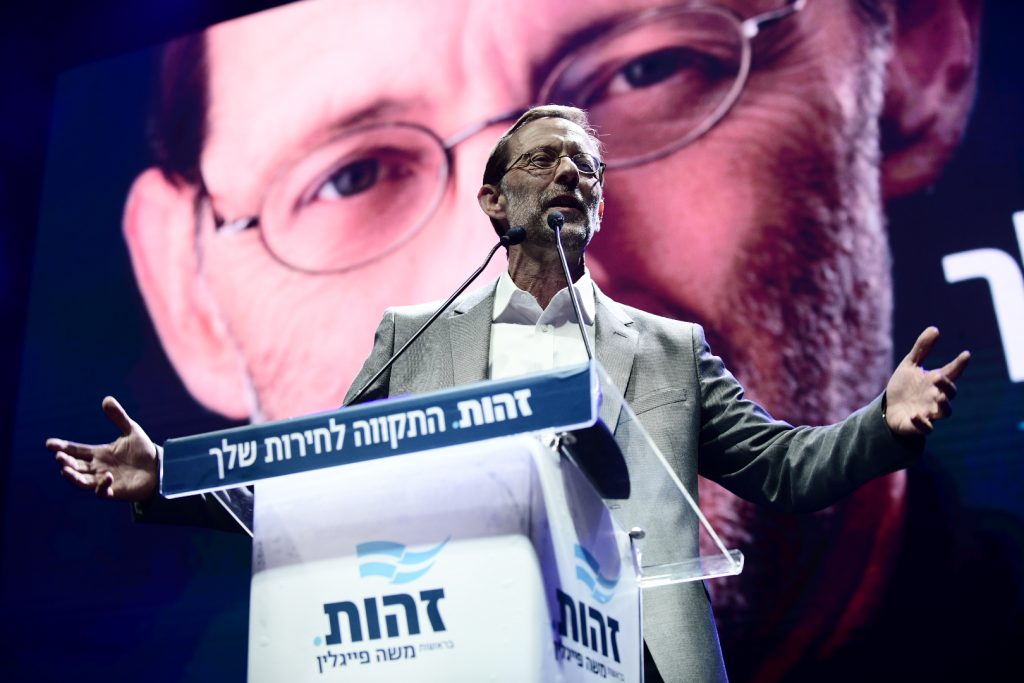 A vote for Zehut, the party led by Moshe Feiglin, is a vote for another disengagement, New Right head Naftali Bennett said at a conference Wednesday. “I am calling on the young Religious Zionists, who are the majority of the voters for Feiglin, not to do so. There are six to eight people behind him, some from the left. Every vote for Feiglin brings the demolition tractors ever closer to your homes. Those who vote for him will regret it,” Bennett said at a political conference sponsored by the Jerusalem Post.

Many Israelis in recent weeks have received numerous text messages attacking both Feiglin and the United Right List. One message said that Feiglin “said on Channel 13 that he would work to end budget allocations for yeshivos,” while other messages highlighted alleged infighting between members of the United Right List. The senders of these messages are generally unidentified, but sources in Zehut attributed them to New Right, which is “desperately trying to raise its profile at the expense of other right-wing parties,” according to the sources. Recent polls have shown Zehut attaining the same or even more seats than New Right.

In his remarks, Bennett drew a parallel between Zehut and the former Tzomet party, headed by former IDF Chief of Staff Rafael Eitan. Tzomet, appealing to right-wing voters in the 1992 elections, won six seats and was given two ministries – and prior to the signing of the Oslo Accords, one of those ministers, Gonen Segev, was “recruited” by Labor to vote in favor of the accords, providing the government with the needed votes to recognize the Palestine Liberation Organization and set up the Palestinian Authority. “Feiglin is another Eitan, he will bring in people like Gonen Segev who will destroy your homes,” the New Right leader said.

Feiglin first came to public prominence in the mid-1990s as head of the Zu Artzeinu movement, which conducted a large-scale civil disobedience campaign against the Oslo Accords. He is a resident of Karnei Shomron, a town in central Shomron.

On Monday night, Feiglin held a pre-election rally at the Tel Aviv port. Speaking to a crowd of several thousand, Feiglin said “this is where the big surprise of the election is. We are not in anyone’s pocket, not Binyamin Netanyahu’s and not Benny Gantz’s. We are talking to everyone and we are not closing the door to any possibilities.” As the price for its participation in a coalition, Zehut will demand the Finance and Education Ministries, he added.