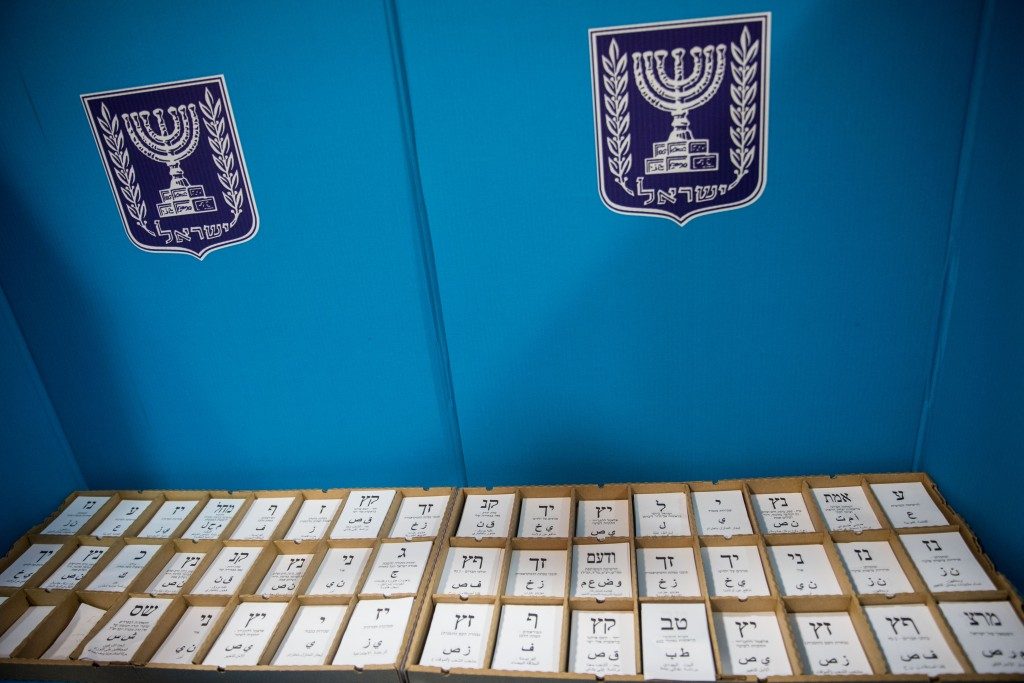 A quick riffle through Israel state archives shows that election posters and propaganda have been a fixture on our streets starting from the very first election in 1948. Four years ago as well, they were very much a part of the election campaign. It was a phenomenon not only on the secular side of the political map. The chareidim, too, knew how to use these tools to arouse the public and remind them who did what for them in the outgoing Knesset, and who promised to do even more in the upcoming one.

But something has changed in the election campaign of 2019, as we approach Election Day, April 9. There seems to be a real dearth of propaganda. Where are the posters and the large signs? Walking around the streets of the chareidi towns and neighborhoods, you get the sense that everything is fine and dandy and quiet, as if there might not even be an election on the horizon after all.

What happened this time? What’s different? For one thing, throughout Israel, the bulk of the election campaign battles have moved from print to digital. Members of the secular public receive text messages every hour, reminding them of whom to vote for. Prime Minister Netanyahu, for example, gives no interviews to the print media, choosing instead to appear on nightly personal videos. The world has moved over to New Media. But this is not where the chareidi public is at. Religious Jews are simply not exposed to what the internet has to offer.

Secondly, there is no real “enemy” in this election campaign. Generally, there is either an internal or external enemy that threatens our existence. But this time, the elections are fairly ho-hum, and everyone basically assumes that the results will be a copy-paste of the present situation. The religious party heads have already declared that they’ll be joining only a Netanyahu government, and not one headed by Gantz-Lapid. As far as the chareidi public, “what was is what will be.” We see nothing in the air to shake them out of their apathy to work in full force, as in the past, to increase their representation in the Knesset.

But, in truth, this apathy is actually pretty bad news. The fact is that many chareidi Jews become kanna’im when elections come around. All year long they belong to a particular stream of Torah Judaism, and connect with its ideas — but when it comes time to vote, suddenly they are influenced by an extremist voice from off in the distance, and are swayed not to take part in the elections at all …

In general, apathy is the mother of all electoral sin. It was this that caused Beit Shemesh to lose its chareidi mayor, and other campaigns have been lost as well for the same reason. Just a few hundred votes can make the difference between a successful campaign and a failure. It is certainly not impossible that Gantz-Lapid, and not Netanyahu, will receive President Rivlin’s mandate to form a coalition government — if the Likud-supporting parties, including the chareidi ones, are not strong enough.

PM Netanyahu has proven in the past his friendship and loyalty to the chareidi public, but it’s also true that he is not in anyone’s pocket. His relationship with the chareidim has certainly known ups and downs. The worst was during the “Decrees of 5763 (2003)” — those drastic cuts to the yeshivah budgets and to child allowances that he ordered when he was finance minister under Prime Minister Sharon.

Seven years earlier, in the first Netanyahu government, he betrayed his natural partners. When he next assumed the office of prime minister, in 2009, the chareidim were at his side most demonstratively, and predictably received lots of desirable positions and other goodies. However, they quickly learned that loyalty in politics has a short shelflife, and the Bennett-Lapid alliance left the chareidim out of the picture altogether in 2013.

For two years, they sat in the political wasteland of the opposition, licking their wounds. The draft enlistment law passed in the Knesset, and the chareidi representatives were left to tear their garments in protest at the Knesset podium. Netanyahu didn’t bat an eyelash, but he was already planning ahead for the next election. And, in fact, when he formed his fourth government, in 2015, he once again became the darling of the chareidi sector.

It turns out that we are pretty forgiving and even forgetful, time after time, of the bad things. We simply wait for things to turn good again.

Do we have any guarantee that what is expected to be the fifth Netanyahu government will be good for the chareidim? It depends largely upon our strength in the Knesset. As of now, given the lack of “electricity” in the chareidi election campaign, our future in the next government is not at all clear. It would be quite sad if our apathy exacts a painful price that leaves us weeping for years.