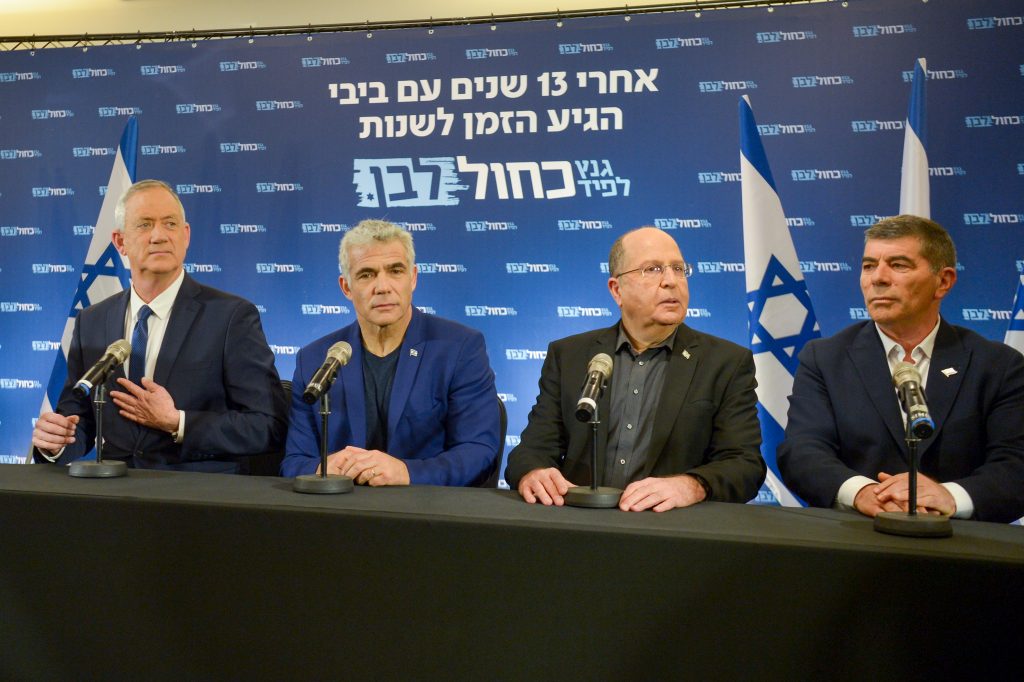 Amid a row over allegations that the Likud has been using illegal campaign tactics, Blue and White candidate Benny Gantz accused Prime Minister Binyamin Netanyahu of “extremist” actions that “harm Israeli democracy and take the discourse to low places that the political system in Israel has never known.”

“After 13 years [in power], we are in danger of Bibi becoming an Erdogan. It’s a danger to Israel democracy,” Gantz said.

Netanyahu’s Likud party couldn’t be pinned down on funding online bots and fake profiles to manipulate the elections. Attorney General Avichai Mandelblit said there was insufficient evidence to tie Likud to the illegal online accounts.

Blue and White had petitioned the Central Elections Committee to officially rebuke the Likud for engaging in such methods, otherwise known as the “Bot Plot.”

Rivlin lashed out at Netanyahu, who was recorded accusing him of “looking for a pretext” to designate Benny Gantz to form the next government. Prior to the Likud primaries, Netanyahu accused Rivlin and Likud MK Gideon Saar of conspiring to deny him the premiership even if he gets the most votes. When the primaries were over, the accusations stopped, but the issue has come back.

“The president will not be tempted by flattery, and will not fear such attacks, which are repeated irresponsibly and motivated by cynical political considerations.”

Despite polls showing Likud and Blue and White in a close race, Gantz continued to talk as if he were the putative winner, making plans for the day after he wins the election.

The plan, discussed in closed party deliberations, calls for immediate post-elections overtures to Moshe Kahlon’s center-right Kulanu and Moshe Feiglin’s Zehut party, both of which are currently looking at low, single-digit electoral results.

“The sources say that while Gantz doesn’t expect all of them to recommend him as prime minister, he hopes that would prevent them from recommending Netanyahu, leading President Reuven Rivlin to task him first with the challenge of assembling a coalition,” The Times of Israel reported.

Gantz also said he would contact the chareidi parties, though both Shas and United Torah Judaism have said they will refuse to sit with Gantz and Yair Lapid in a coalition. Lapid has long been a notorious anti-chareidi demagogue, and Gantz has come out in the campaign for a range of measures antithetical to the religious community, mostly aimed at placating the Reform lobby.

However, another poll released on Tuesday night indicated that Gantz has failed to follow up on a strong opening a month ago when polls had it as much as 10 mandates ahead of Likud.

This time, a Channel 13 poll showed that Likud would receive 29 seats, edging out Blue and White with 28.

In third was Labor Party, with 14 seats, the most it has polled in many months.

The Union of Right-Wing Parties had 7; Zehut, Hadash-Ta’al and United Torah Judaism all had 6; Shas, the New Right, Meretz and Ra’am-Balad all had 5; and Kulanu came in last with 4.

Neither Yisrael Beytenu nor Gesher cleared the electoral threshold of 3.25 percent of the vote.