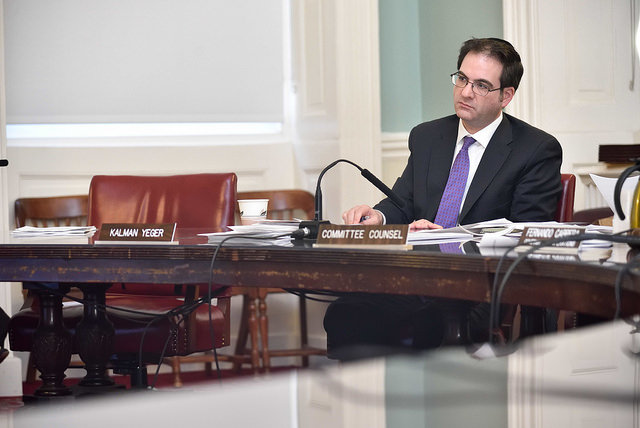 New York City Councilman Kalman Yeger, who represents the chareidi Orthodox Brooklyn neighborhood of Borough Park, lost his seat on the City Council’s Immigration Committee as a result of his tweet that “Palestine does not exist.”

On Wednesday, March 27, Yeger responded with his tweet which read, “There is no state by that name; there is no place by that name. That’s a fact. I did not make it up.”

After a meeting of the City Council’s leadership team on Monday, Yeger was removed from the committee, according to The New York Times. New York City Mayor Bill De Blasio also condemned Yeger’s statement, saying if he does not apologize he should step down from the Immigration Committee.

“I very vigorously condemn his comments in no uncertain terms,” Council Speaker Corey Johnson said. “The best thing about our city is our diversity, and that includes our Jewish community and it includes our amazing Palestinian community as well who live here.” Johnson added that he was “uncomfortable” with Yeger sitting on the committee.

Yeger declined to comment on the issue, but in a news conference Thursday he doubled down on his statement.