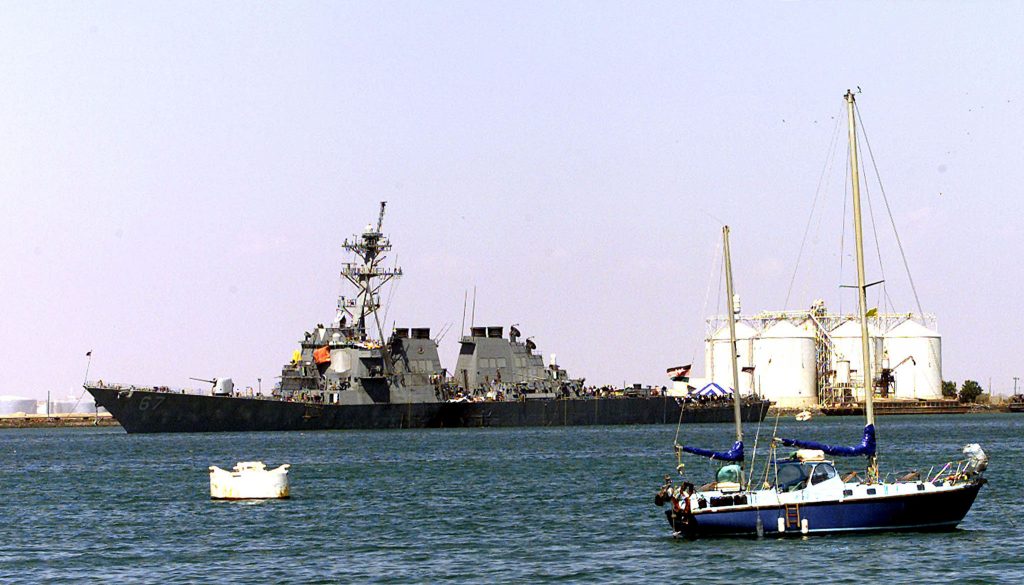 The Supreme Court on Monday turned away a bid by family members of 17 U.S. sailors killed in the 2000 al-Qaida bombing of the Navy destroyer USS Cole to collect some $35 million in damages from Sudan for its alleged role in the attack, six days after also ruling against Americans injured in the attack.

The justices declined to hear the relatives’ appeal of a lower court decision in favor of Sudan. The Richmond, Virginia-based 4th Circuit Court of Appeals ruled that the lawsuit had not been properly initiated in 2010 because the claims were sent to Sudan’s embassy in Washington instead of directly to its foreign minister in Khartoum, the African country’s capital.

The high court last Tuesday ruled that the improper mailing violated the Foreign Sovereign Immunities Act, a U.S. law governing when foreign governments may be sued in American courts, tossing out more than $314 million in damages from Sudan for a group of injured sailors and their spouses.

President Donald Trump’s administration sided with Sudan. It said the United States rejects judicial notices at its embassies abroad and that allowing notices to be sent to a foreign embassy in Washington could harm U.S. foreign relations and American treatment in foreign courts.

The Virginia lawsuit included 56 spouses, siblings, parents and children of the 17 Americans killed in the Cole attack. They accused Sudan of providing material support to the al-Qaida terrorist group, including funding and training, that helped facilitate the bombing. Sudan has denied the allegation.

On Oct. 12, 2000, two men in a small boat detonated explosives alongside the Navy guided-missile destroyer as it was refueling in the southern Yemeni port of Aden, killing 17 sailors, wounding more than three dozen others and blasting a gaping hole in its hull. The vessel was repaired and later returned to full active duty.

The relatives sued under the 1976 Foreign Sovereign Immunities Act, which generally bars suits against foreign countries except those designated by the U.S. as a sponsor of terrorism, as Sudan has been since 1993.

Sudan did not defend against the claims in court. In 2014, a trial judge found that Sudan’s aid to al-Qaida “led to the murders” of the 17 Americans and awarded the families about $35 million, including $14 million in punitive damages.

Sudan then sought to void the judgments, arguing that the lawsuit was not properly served on its foreign minister, violating notification requirements under U.S. and international law.

The 4th Circuit sided with Sudan last year, but said the families could have another chance to properly serve Sudan’s government with the lawsuit. They did so last October, with the help of U.S. diplomatic channels.