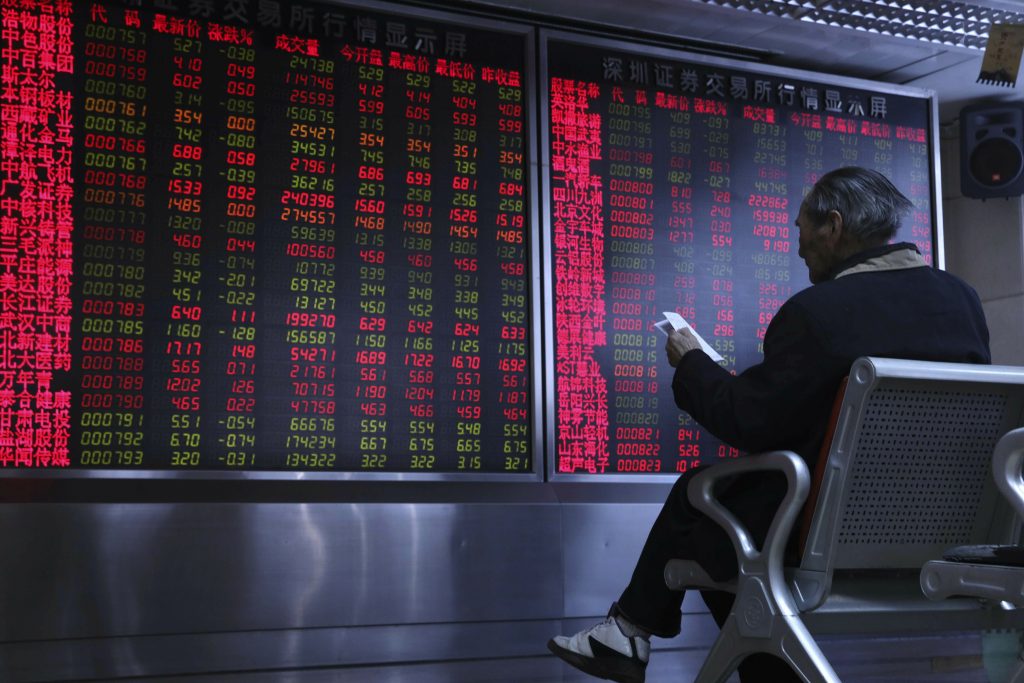 MSCI’s All-Country World Index, which tracks shares in 47 countries, was up 0.4 percent on the day. It had just posted its best quarter since 2010.

“Investors’ sentiment seems to be tilting to the side of optimism at the beginning of the second quarter, following a robust manufacturing report from China,” said Konstantinos Anthis, head of research at ADSS.

“This news helps ease market participants’ worries over the odds of an upcoming recession on a global scale, even though there are plenty of signs suggesting caution,” Anthis said.

Recent signals from bond markets have alerted investors to the possibility of an imminent slowdown in the global economy.

Yields on short-dated government bonds in the United States had temporarily fallen below those of longer-dated bonds – a phenomenon known as yield-curve ‘inversion,’ which has preceded every major recession.

The three-month/10-year yield spread has since pulled back from negative territory and stood around 3 basis points.

“The rebound likely reflects both the resumption of production after the Chinese New Year break and renewed stimulus and policy easing,” UBS strategists wrote in a note to clients.

“We expect China to continue easing policy, with signs of economic stabilization backing our overweight position on offshore Chinese equities in our Asia portfolios.”

Stocks in Asia also took their cues from Wall Street, with the S&P 500 posting its best quarterly gain in a decade on Friday amid trade optimism.

The United States and China said they made progress in trade talks that concluded on Friday in Beijing, with Washington saying the negotiations were “candid and constructive” as the world’s two largest economies try to resolve their drawn-out trade war.

In currencies, the dollar fell 0.2 percent against a basket of currencies to 97.104. The greenback had benefited from the flagging pound, which was on track to post its fourth day of losses in the wake of the Brexit saga.

But sterling was 0.2-percent higher to the dollar at $1.3060 on Monday, after taking its latest knock after British lawmakers rejected Prime Minister May’s Brexit deal for a third time on Friday.

The Australian dollar advanced 0.45 percent to $0.7127 , also benefiting from the China data. The Aussie is sensitive to shifts in the economic outlook for China, the country’s main trading partner.

Oil prices rose, adding to gains in the first quarter when the major benchmarks posted their biggest increases in nearly a decade, as concerns about supplies outweigh fears of a slowing global economy.