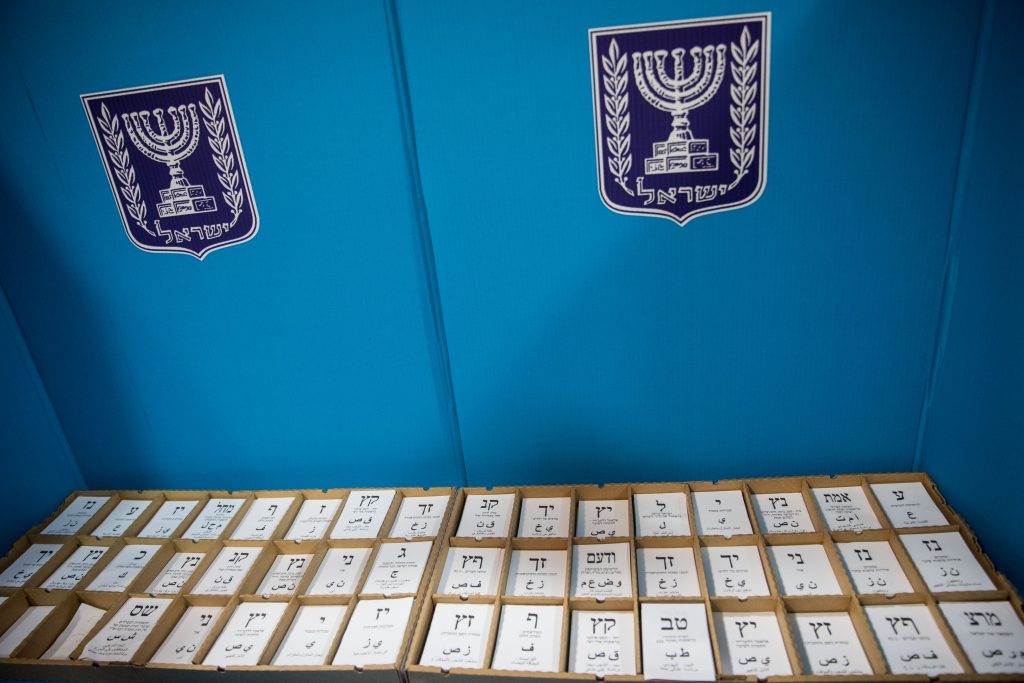 Eight days before Israel’s Knesset elections, the Likud has finally overtaken its rival Blue and White party rivals, a poll on Channel 12’s morning program revealed. The poll has the Likud with 31 seats, while Blue and White would get only 30.

That’s good news for Prime Minister Binyamin Netanyahu, since as the leader of the party with the largest number of Knesset members, he would be chosen to form a government. And if, as he has promised, he will do that primarily with right-wing parties, Netanyahu would have a relatively easy job of it, as the right-wing bloc continues to hold a significant lead over the center-left.

The third largest parties according to the poll would be Labor and the Arab Hadash-Ta’al party, which would get 9 seats each. United Torah Judaism, the New Right and Meretz would get 6 seats each. Shas, Zehut and the United Right List would get 5, with Yisrael Beytenu and Kulanu getting 4 each.

Political analysts had numerous explanations for the fall in popularity of Blue and White, from the poor performance in interviews by party head Benny Gantz, to leaks of tape recordings in which Gantz is heard making odd statements, including one in which he said that Netanyahu “would kill me if he could.”

Internal polls in Blue and White, however, point to a different reason, Yisrael Hayom reported – and that is voter antipathy to Yair Lapid, the number two figure in the party and prospective prime minister under the rotation agreement with Gantz that created Blue and White.

According to those polls, Blue and White would gain between 2 and 3 mandates if Lapid announces that he will not seek to be prime minister. Many of those who dislike Lapid are observant; as head of the Yesh Atid faction in the current and previous Knesset, Lapid was known for his negative views on issues such as drafting yeshivah students, promoting commerce on Shabbos, and other religious issues. However, there are many traditional and even secular people who are not admirers of Lapid; he is seen as overconfident and a “child of privilege,” serving in the IDF as a reporter in the army newspaper instead of combat – seen by many Israelis as connected to the fact that his father was Yosef (Tommy) Lapid, formerly the publisher of Maariv.

As of now, the report said, Lapid has refused to back down. Among those pressuring him are Labor head Avi Gabay, who is convinced that the mandates that would accrue to Blue and White would come from the right – thus strengthening Gantz at the expense of Netanyahu, and not of his own party, where Blue and White has drawn many voters from, the report added.