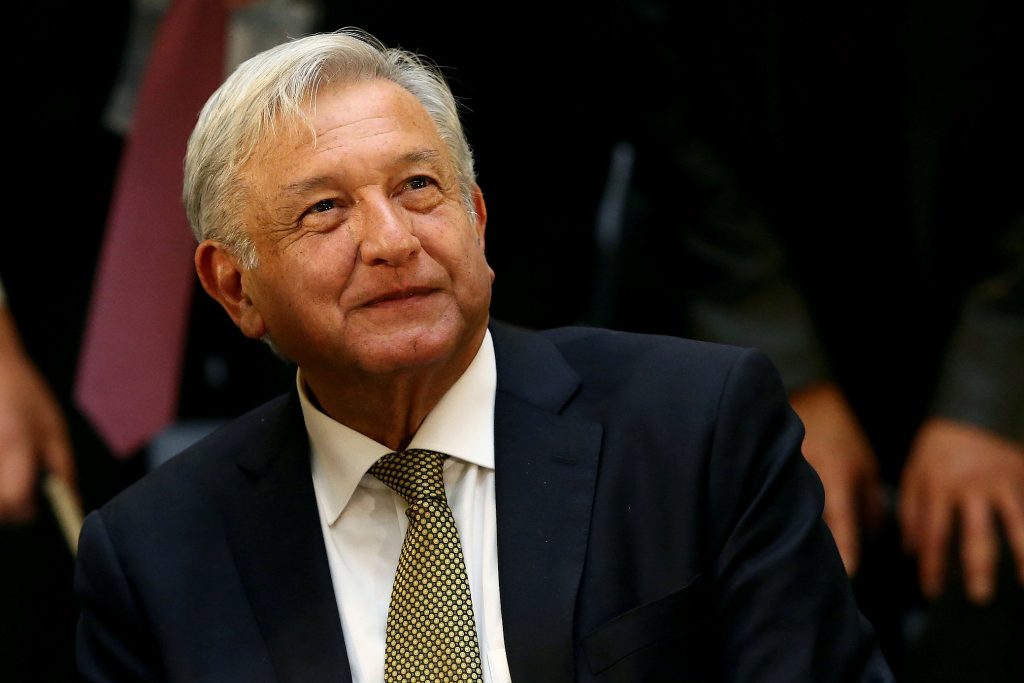 Mexico will help to regulate the flow of Central American migrants passing through its territory to the United States, but the root causes behind the phenomenon must be tackled, Mexican President Andres Manuel Lopez Obrador said on Monday.

Speaking after U.S. President Donald Trump on Friday threatened to close the U.S. southern border if Mexico did not halt illegal immigration immediately, Lopez Obrador said he would not have a confrontation with the United States.

The leftist president has consistently refused to get drawn into a war of words with President Trump over the border.

Most of the people caught at the frontier trying to enter the United States illegally come from three violent and impoverished countries: Honduras, Guatemala and El Salvador.

Lopez Obrador has tried to persuade President Trump to address the problem by fostering economic development in Central America. But on Saturday the U.S. State Department said it was cutting off aid to those three countries.

Mexico began issuing temporary humanitarian visas to some members of a migrant caravan in southern Mexico, giving priority to children and the elderly, the National Migration Institute said Monday. It said it would provide transport back to Central American countries, Cuba and Haiti, on a voluntary basis.

Earlier this year, Mexico handed out humanitarian visas liberally, but reined in the program after a surge in applications. The institute said from next month it was planning to encourage people to apply for visas in their home countries.

It was not immediately clear if the government was limiting the number of visas it issues.

Detentions at the U.S. border have surged in recent months, angering President Trump and putting pressure on Lopez Obrador to find a solution that will prevent a shutdown of the frontier to the market for 80 percent of Mexico’s exports.

Asked if it was time to put pressure on the Central American countries to do more to tackle the problem, Lopez Obrador said the causes of migration were “not being attended to” and that people needed to be offered more opportunities there.

“Obviously, we have to help because Central American migrants pass through our territory and we have to bring order to this migration, make sure it’s legal,” Lopez Obrador said.

“That’s what we’re doing. But serenely, calmly, without a commotion and with great prudence and responsibility.”

It quickly became clear that any plan to cut aid to Central America would face strong objections from members of the U.S. Congress, who must approve President Trump’s plan for it to become effective.

One of his fellow Republicans, Representative Mike McCaul, the top Republican on the House of Representatives Foreign Affairs Committee, said during a presentation at a think tank in Washington, “If we cut all this funding … I think it’s going to make things tragically worse, not better.”

U.S. Border Patrol projections are for over 90,000 apprehensions at the border during March, according to data provided to the Mexican government — a more than 140 percent increase from March 2018, and a seven-fold jump from 2017.

U.S. Secretary of State Mike Pompeo said the United States was working with the Central American governments and Mexico to “solve this problem at the border,” and pointed to the numbers when asked why President Trump had toughened his stance.

“Just look at the math,” Pompeo told reporters outside the U.S. Army War College in Carlisle, Pennsylvania. “How many folks are coming across. This is a crisis. We need to fix it.”

Putting a stop to aid to Central America only made the job tougher, said Senator Ben Cardin, a senior Democrat on the Senate Foreign Relations Committee.

“And closing the border — that makes no sense at all,” he told CNN. “We need Mexico’s cooperation to work with us, and cutting off the border just tells Mexico: ‘We’re doing it alone.'”