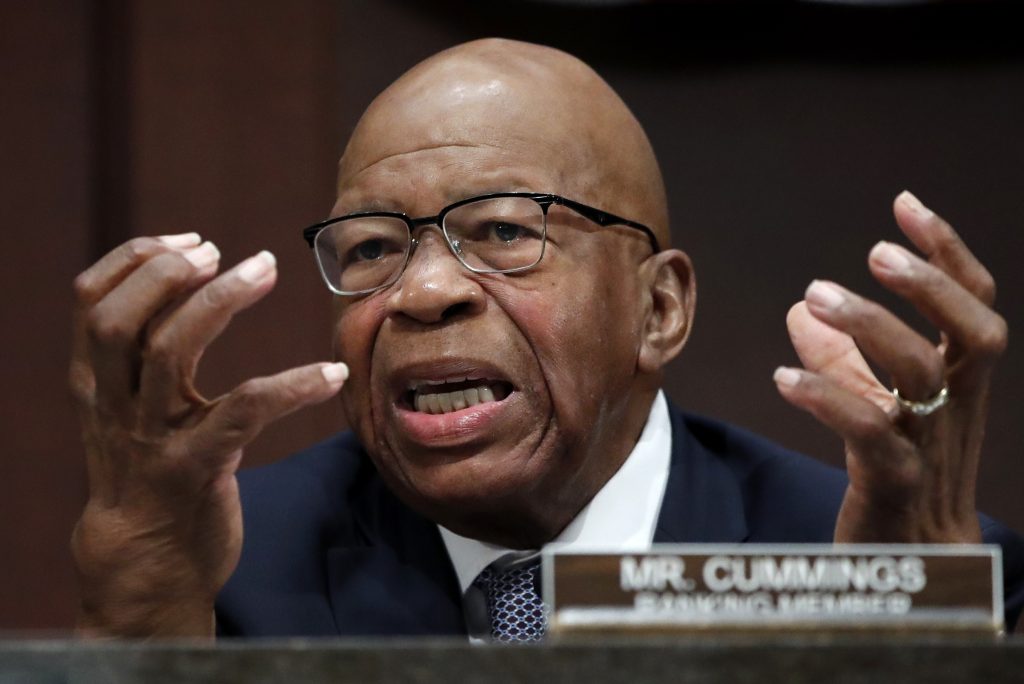 House Oversight Committee Chairman Elijah Cummings on Monday threatened to begin subpoenaing current and former White House officials as part of his panel’s investigation of security clearances issued under President Donald Trump, including that of his son-in-law Jared Kushner.

In a letter to White House Counsel Pat Cipollone on Monday, Cummings said his panel would look to authorize a subpoena for former White House personnel security director Carl Kline at a committee meeting on Tuesday. He called on the White House to forestall additional subpoenas by providing documents sought by the committee.

Cummings letter was the second sent from Congress on Monday warning the White House of pending subpoenas as the Democratic-controlled Congress seeks to compel the administration to comply with wide-ranging investigations.

House Judiciary Chairman Jerry Nadler informed the administration on Monday that he intends to subpoena Special Counsel Robert Muller’s full report on his investigation into alleged Russian meddling in the 2016 presidential election.

Cummings also said his committee is working with a White House whistleblower, Tricia Newbold, who he said knows of more than two-dozen individuals allowed access to national security information despite recommendations that their clearance applications be denied.

The House Oversight Committee is investigating security clearance abuses that involve Kushner, who is a senior adviser to the president, and others, amid reports that Trump ordered his former chief of staff John Kelly to provide Kushner with clearance over objections from Kelly and Donald McGahn, then-White House counsel.

Democrats have made repeated requests for documents and interviews but say the White House has been stonewalling.

“The committee now plans to proceed with [a] compulsory process and begin authorizing subpoenas, starting at tomorrow’s business meeting,” Cummings said in the letter.

The committee has interviewed Newbold, a manager in the White House personnel security office, about “grave security risks” that she has witnessed in the past two years, Cummings said.

Newbold told the committee that she and other career officers have adjudicated dozens of denials of security clearance applications that were later overturned, according to Cummings. He said Newbold has worked in the White House for 18 years.

“I would not be doing a service to myself, my country or my children if I sat back knowing that the issues that we have could impact national security,” Cummings quoted Newbold as saying.

Newbold also was targeted for retaliation after declining to approve applications based on national security protocols, Cummings said.

“I’m terrified of going back. I know that this will not be perceived in favor of my intentions, which is to bring back the integrity of the office,” she is quoted as saying in the letter.

Cummings wants to depose Kline about security clearance practices at the White House in the past two years, the treatment of specific cases and his interactions with Newbold. Kline, who now works at the Pentagon, did not respond to two committee letters sent in February and March seeking a voluntary interview, Cummings said.