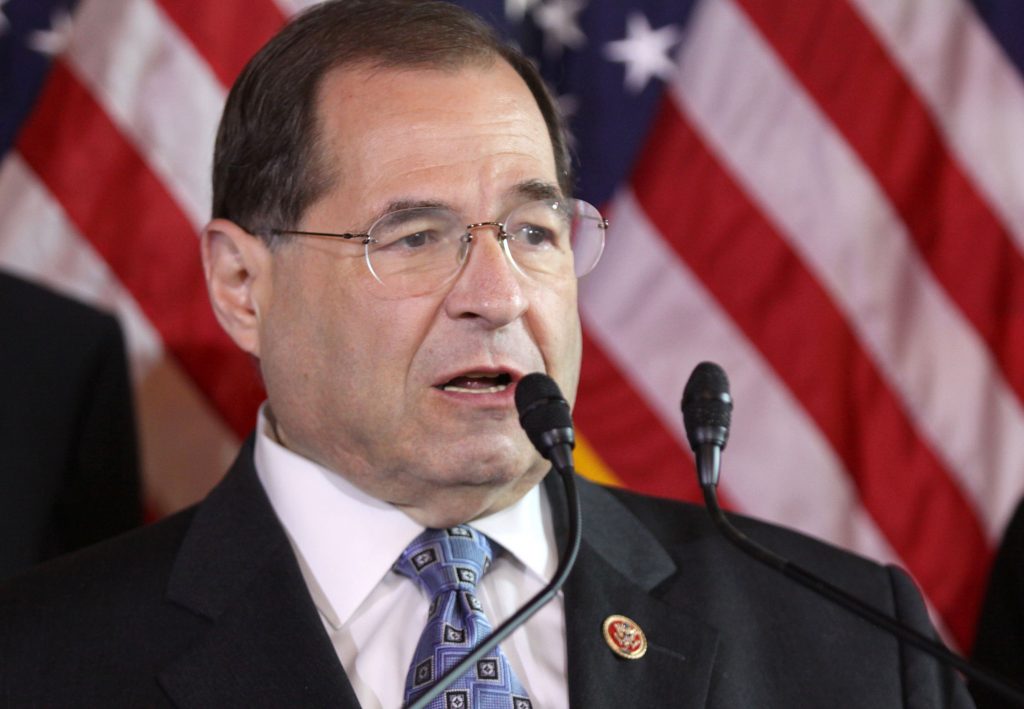 The Judiciary panel plans to vote on subpoenas Wednesday, a day after the deadline. The chairmen of several House committees asked for the full, unredacted report last week after Attorney General William Barr released a four-page summary laying out the report’s “principal conclusions.” Barr said in a letter to the House and Senate Judiciary committees on Friday that a redacted version of the full 300-page report would be released by mid-April, “if not sooner.”

“As I have made clear, Congress requires the full and complete special counsel report, without redactions, as well as access to the underlying evidence,” Nadler said in a statement. “Attorney General Barr has thus far indicated he will not meet the April 2 deadline set by myself and five other committee chairs, and refused to work with us to provide the full report, without redactions, to Congress.”

The five were key witnesses in Mueller’s probe of possible obstruction of justice and were sent document requests by the Judiciary panel last month. Nadler said he is concerned about reports that documents related relevant to Mueller’s investigation “were sent outside the White House,” waiving executive privilege rights that would block document production.

“To this end, I have asked the committee to authorize me to issue subpoenas, if necessary, to compel the production of documents and testimony,” Nadler said.

Nadler sent requests to 81 people connected to Trump’s political and personal dealings as he launched a wide-ranging investigation into possible obstruction of justice, public corruption and abuses of power.

Democrats have said they will not accept a redacted version of the report, which is what Barr is preparing. Barr said in the letter Friday that he is scrubbing the report to avoid disclosing any grand jury information or classified material, in addition to portions of the report that pertain to ongoing investigations or that “would unduly infringe on the personal privacy and reputational interests of peripheral third parties.”

Democrats want all of that information, even if some of it can’t be disclosed to the public. They are citing precedents from previous investigations involving presidents and also information disclosed about the Russia investigation to Republicans last year when they held the House majority.

Barr wrote in his summary that the special counsel did not find that Trump’s campaign “conspired or coordinated” with the Russian government to influence the 2016 presidential election. He said Mueller reached no conclusion on whether Trump obstructed the federal investigation, instead setting out “evidence on both sides” of the question.

Barr himself went further than Mueller in his summary letter, declaring that Mueller’s evidence was insufficient to prove in court that Trump had committed obstruction of justice to hamper the probe.

Democrats say they want to know much more about both conclusions and they want to see the evidence unfiltered by Barr.

Republicans have said the Democratic demands are overreach.

“Judiciary Democrats have escalated from setting arbitrary deadlines to demanding unredacted material that Congress does not, in truth, require and that the law does not allow to be shared outside the Justice Department,” said Georgia Rep. Doug Collins, the top Republican on the Judiciary committee.