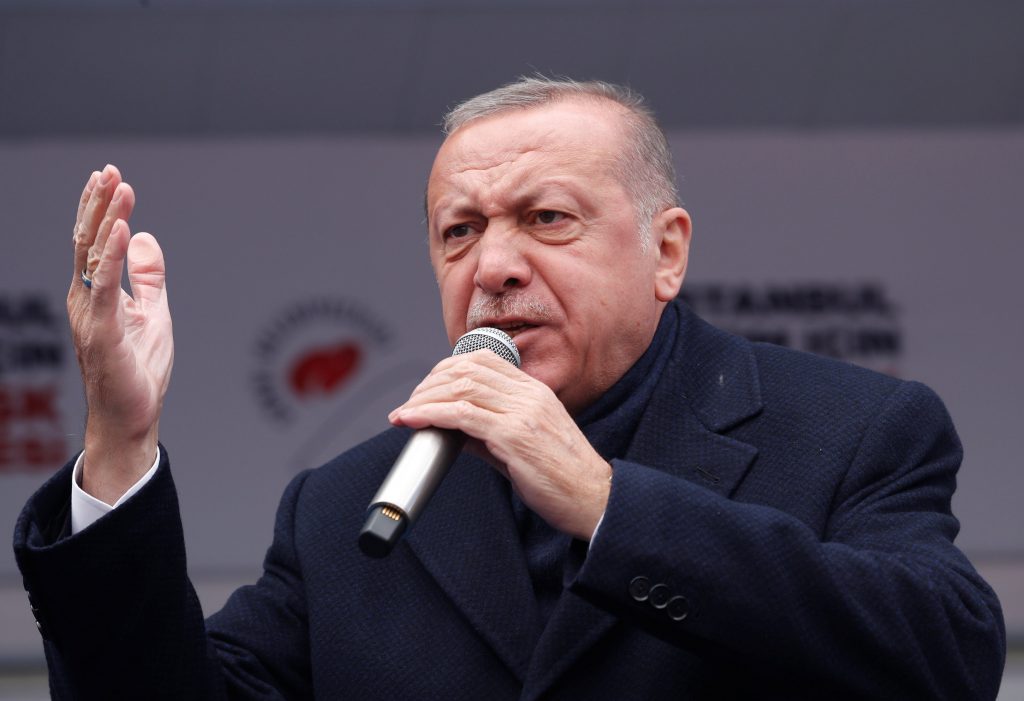 Turkey will solve the Syria issue “on the field” after Sunday’s local elections, President Tayyip Erdogan said on Saturday, as he sought to drum up support for his AK Party in the vote.

Turkey has carried out two cross-border operations against Kurdish terrorists in northern Syria and has warned that it will launch further incursions if the threats along its borders are not eliminated.

“First thing after the elections, we will solve the Syria issue on the field if possible, not at the table,” Erdogan told supporters in the first of his six rallies in Istanbul.