Israel Blue and White on the Offensive
Israel 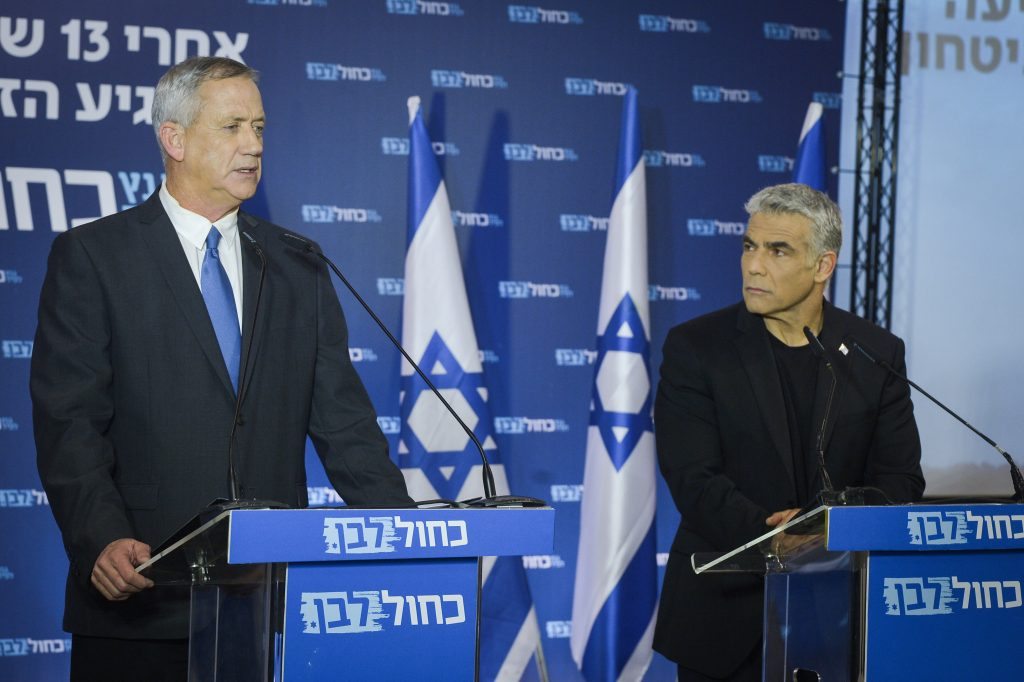 “Something has happened to Bibi,” Gantz said. “Instead of building civil unity, he could get a civil war,” The Times of Israel quoted him as saying on Sunday night.

But Gantz expressed confidence that the people won’t be led astray. “What luck we have that Israelis are above all this muck you are trying to spread. They will not let it continue. They will not let the prime minister give millions to his pals at the expense of the people,” says Gantz, hammering again at the corruption cases hanging over Mr. Netanyahu.

Benny Gantz also asked the Shin Bet security agency to investigate whether the Mossad leaked to the media that his cellphone was hacked by Iran, Channel 12 reported.

Publicly, the Shin Bet has refused to comment on the report, as a classified matter.

Members of Gantz’s Blue and White have suggested Mr. Netanyahu was behind the leak, which the latter has denied.

In response, Mr. Netanyahu chided Gantz, saying he should not drag the Mossad into political debates.

Gantz advocated term limits on prime ministers at a press briefing on Sunday, according to a Channel 13 report. “The Prime Minister doesn’t need to serve more than two terms. Netanyahu said that, but didn’t live up to his word, as usual,” Gantz asserted. “When you spend too much time in a position, you lose your ability to govern and the will to serve people and to change.”

Mr. Netanyahu, who was first elected in 1996, has served four terms, three of them consecutively, as prime minister.

Attacking Mr. Netanyahu from a different angle, Gantz’s No. 2, Yair Lapid, targeted Mr. Netanyahu’s diplomatic record, frequently presented by the premier as a record of achievement.

“Many of the world leaders I am in touch with desperately want Netanyahu to go,” Lapid said. “Bibi has a problem with the Democratic party, the more moderate Republicans, the majority of U.S. Jews and the European Union, except some eastern European countries, especially Poland to whom he shamelessly surrendered the memory of the Jews who died there in WWII. He is doing well in some parts of Africa, Latin America and the American president.”

Lapid rejected the idea that President Reuven Rivlin would ask Mr. Netanyahu to form the government if the Center-Right wins a majority on April 9, even if Blue and White wins more seats than Mr. Netanyahu’s Likud.

“In an election, someone loses and someone wins,” he said. “If we win by four or five seats, no force on earth can stop us from forming the government.”

Interior Minister Rabbi Aryeh Deri said on Sunday: “We won’t sit with Gantz, even if the rotation with Lapid is canceled,” according to Arutz Sheva. CaptionFlash90Chairmen of the Blue and White party, Benny Gantz and Yair Lapid, holding a press conference on Sunday.