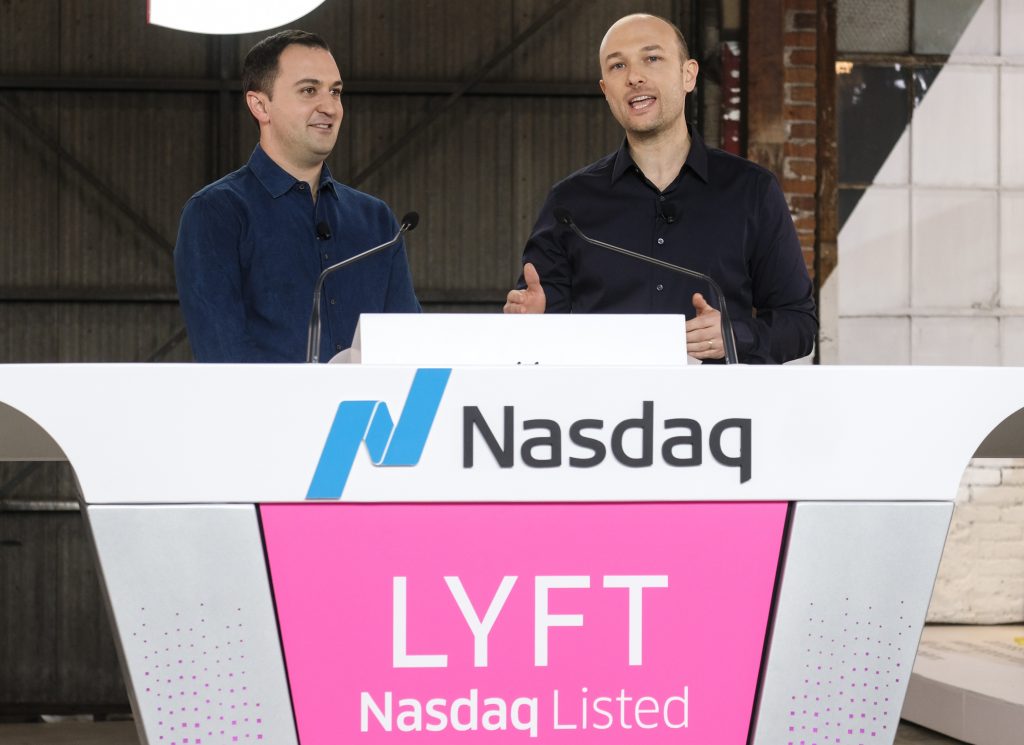 The benchmark S&P 500 index was on track to close out the first quarter with its best quarterly gain since the third quarter of 2009. The S&P technology sector powered much of those gains, climbing more than 18 percent.

All eyes were on Lyft’s stock market debut. The ride-hailing company fetched a $72 per share offering price that exceeded even the San Francisco company’s own expectations.

Bond yields rose for the second straight day, allaying traders’ concerns following a steep drop in long-term yields over the past week. The yield on the benchmark 10-year Treasury note rose to 2.42 percent from 2.39 percent late Thursday.

Banks also rose, benefiting from the pickup in bond yields. That helps lenders earn more income from the bonds they hold and allows them to charge higher interest rates on loans. Credit card issuer Discover Financial was up 1.4 percent.

The latest gains followed a broad rally in global stocks as investors hoped for progress in the U.S.-Chinese trade talks.

U.S. Treasury Secretary Steven Mnuchin called the U.S.-China trade talks “constructive” and said in a tweet Friday that he looked forward to continuing the talks in Washington next week.

Officials from the world’s two biggest economies are aiming to put to rest a dispute over technology and other issues. Chinese Vice Premier Liu He is expected to travel to Washington next week.

TAKING A RIDE: Lyft’s market debut marked the first time a U.S. ride-hailing company was selling shares to the public.

Lyft said it ended up selling 32.5 million shares in the offering, above the nearly 31 million that it had targeted in its regulatory filings leading up to Thursday evening’s pricing.

The company’s market value stood at $24 billion ahead of the stock’s trading debut early Friday.

Lyft’s IPO represents a watershed moment for ride hailing, an industry hatched from the rise of smartphones.