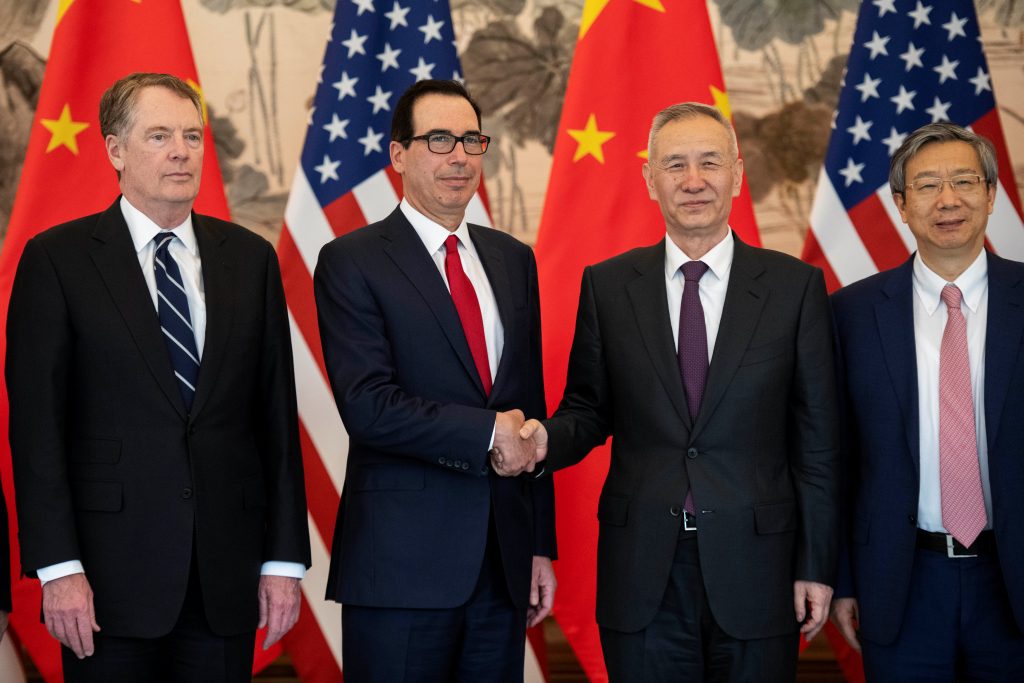 U.S. Treasury Secretary Steven Mnuchin held “constructive” talks in Beijing, he said on Friday, concluding the latest round of dialogue aimed at resolving the bitter trade dispute between the world’s two largest economies.

Mnuchin and U.S. Trade Representative Robert Lighthizer were in the Chinese capital for the first face-to-face meetings between the two sides in weeks after missing an initial end-of-March deadline.

“I look forward to welcoming China’s Vice Premier Liu He to continue these important discussions in Washington next week,” he added, but gave no details.

Earlier, he told reporters he had a “very productive working dinner” on Thursday night. He did not elaborate and it was not immediately clear with whom he had dined.

Trump imposed tariffs on $250 billion of Chinese imports last year in a move to force China to change the way it does business with the rest of the world and to pry open more of its economy to U.S. companies.

White House economic adviser Larry Kudlow said the United States may drop some tariffs if a trade deal is reached, while keeping others in place to ensure Beijing’s compliance.

“We’re not going to give up our leverage,” he told reporters in Washington on Thursday.

Mnuchin and Lighthizer greeted a waiting Liu at the Diaoyutai State Guest House on Friday for what China’s Commerce Ministry has said would be a full day of talks.

President Donald Trump’s demands include an end to Beijing’s practices that Washington says result in the systematic theft of U.S. intellectual property and the forced transfer of American technology to Chinese companies.

U.S. companies say they are often pressured into handing over technological know-how to Chinese joint venture partners, local officials or regulators as a condition for doing business in China.

The U.S. government says that technology is often subsequently transferred to and used by Chinese competitors.

The issue has proved tough for negotiators as U.S. officials say China has previously refused to acknowledge the problem exists to the extent alleged by the United States, making it hard to discuss resolution.

China says its laws enshrine no requirements on technology transfers, which are a result of legitimate transactions.