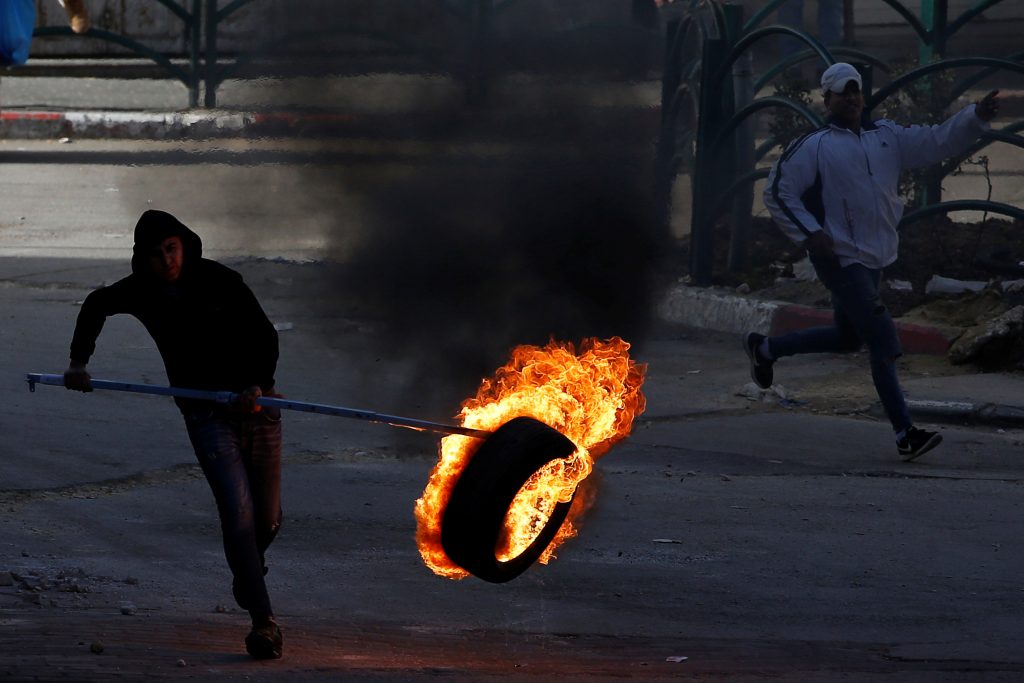 Israeli troops shot and wounded seven Palestinians on the Gaza border on Friday, Gaza medical officials said, the day before a mass rally called to mark the first anniversary of weekly protests.

Despite a decision by Gaza protest organizers not to hold a big demonstration on Friday, some Palestinians turned out, although in smaller numbers than usual. Humanitarian officials urged restraint for Saturday’s anniversary to avoid any further bloodshed.

The Israeli military said its troops faced around 800 rioters along the fortified frontier on Friday and that they had used riot dispersal measures to defend the border.

There were also sporadic clashes in Yehudah and Shomron, where Palestinian youths threw petrol bombs in Chevron, and 150 demonstrators hurled stones at Israeli troops, who fired back with rubber bullets and tear gas.