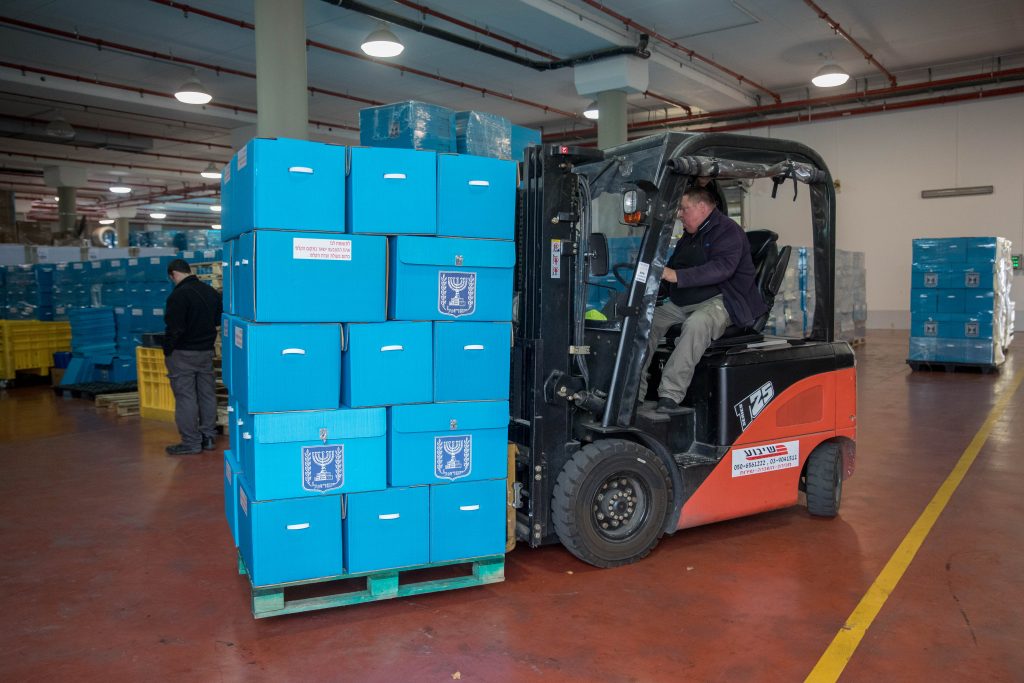 New polls show on Friday that Benny Gantz’s Blue and White party has a slight – very slight – edge over Binyamin Netanyahu’s Likud, but with 11 days until the election, the right-wing bloc continues to dominate. A Yisrael Hayom/i24 News poll released Friday shows right-wing parties with 68 Knesset seats, compared to 52 for the center/left/Arab parties.

If elections were held now, Blue and White would get 32 seats, with the Likud garnering 28. Coming in third would be Labor, with just 8 seats. Seven parties – United Right List, Meretz, Ta’al-Hadash, United Torah Judaism, New Right, Zehut and Shas – would get 6 seats apiece. Coming in at 5 seats would be Yisrael Beytenu and Kulanu.

Taking into account all the parties that have already said that they would not join a Gantz-led coalition – with Liberman the latest to do so earlier this week – it appeared that Netanyahu would be able to easily put together a coalition. In order to build one, Gantz would have to appeal to a large number of opposition parties – and not just the chareidi parties; it’s unlikely that New Right or Yisrael Beytenu, for example, would agree to join a coalition that featured Meretz as a senior government partner, so Gantz would be unlikely to be able to count on that party’s 6 seats for his coalition.

Another poll, appearing in Yediot Acharonot, shows similar results for Blue and White and Likud, while cutting the gap between the right and center-left. Gantz’s party would get 31 seats in this poll, while Netanyahu’s would get 27. They would be followed by Labor, with 9, United Torah Judaism and Hadash-Ta’al (7), New Right (6), Shas, United Right List, Meretz, Kulanu, and Zehut (5), and Yisrael Beytenu and Ra’am-Balad (4). The right-wing bloc in that poll would get 64 seats, compared to 56 for the center-left/Arab parties.

Without the Arab parties, Gantz would be able to put together a coalition of 45 seats with his “natural” allies, and would need to recruit the chareidi parties, as well as two of the opposition parties, to his coalition.

The only party head who has declared that they would not necessarily join a coalition led by Netanyahu is Moshe Feiglin of Zehut – but as he has already said that he would demand several high-profile ministries and the transfer of government offices to Har HaBayis, among other things, it was unlikely that he would find a home in a coalition that included Labor and Meretz, Yediot analysts said.