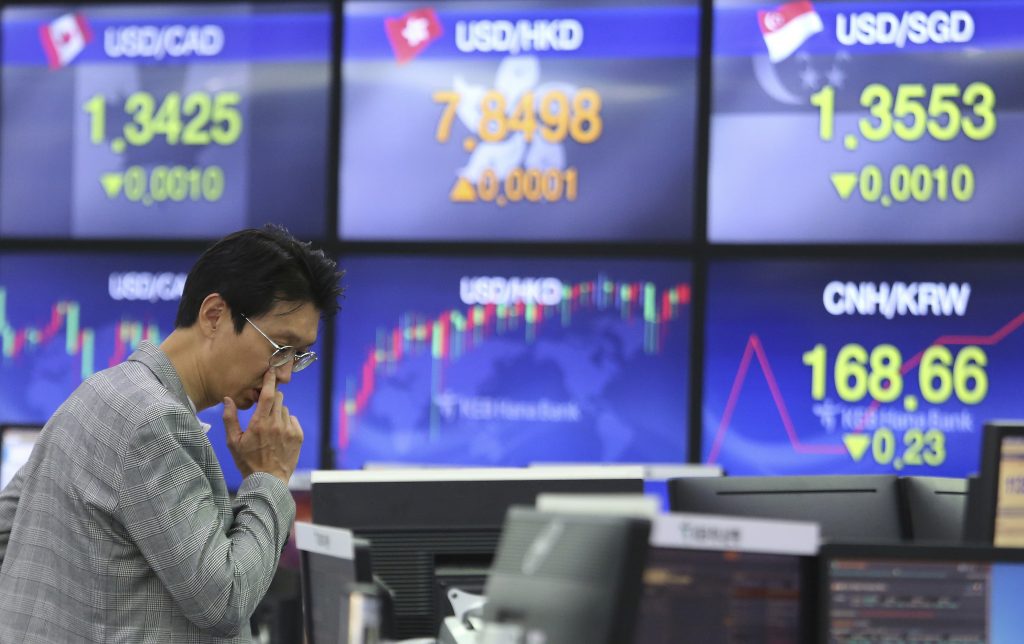 Asian shares rose on Friday, led by a surge in Chinese equities, on hopes that Washington and Beijing are making progress in trade talks, while global bond yields moved higher after a prolonged slide on worries about the economic outlook.

The mood in the markets was brighter after U.S. officials said China has made proposals in trade talks with the United States on a range of issues that go further than it has before, including on forced technology transfer.

U.S. Treasury Secretary Steven Mnuchin said on Friday he had a “productive working dinner” the previous night in Beijing, kicking off a day of talks aimed at resolving the bitter trade dispute between the world’s two largest economies.

Despite recent turbulence, the S&P 500 has gained 12.3 percent so far this quarter, which would mark its best quarterly performance since 2009 if sustained.

The 10-year U.S. bond yield edged up to 2.402 percent from a 15-month low of 2.352 percent touched on Thursday after an almost relentless fall since the Federal Reserve’s dovish tone last week sparked worries about the U.S. economic outlook.

Investors have been on heightened alert since the yield on the 10-year note fell below that of the three-month U.S. Treasury paper last Friday, an inversion of the yield curve that is widely seen as an indicator of a recession.

Data on Thursday showed U.S. economic growth was slower than initially thought in the fourth quarter, with GDP growth revised down to an annualized 2.2 percent from an earlier reading of 2.6 percent.

“The economy is softening and will soften for now. But whether the U.S. is entering a recession is still debatable,” said Mutsumi Kagawa, chief global strategist at Rakuten Securities.

In the currency market, the euro stood steady at $1.1232 after having slid to a three-week low of $1.1214 as speculation grew that the European Central Bank will introduce a tiered deposit rate.

The Turkish lira dropped 1 percent, a day after it had plunged 4 percent. President Tayyip Erdogan blamed the currency’s weakness on attacks by the West ahead of nationwide local elections on Sunday.

The British pound crawled up 0.3 percent to $1.3077 after sliding more than 1 percent the previous day.

Sterling had taken a knock as the prospect of a swift agreement on Brexit faded with the British parliament yet again failing to agree on a way forward.

Oil futures were quickly recovering from the damage caused by Trump’s call for OPEC to boost crude output in an effort to lower prices.

Palladium fell 0.4 percent after having dropped 6.6 percent on Thursday. The metal had lost one-sixth of its value from last week’s peak on concerns that an economic slowdown could dent demand.